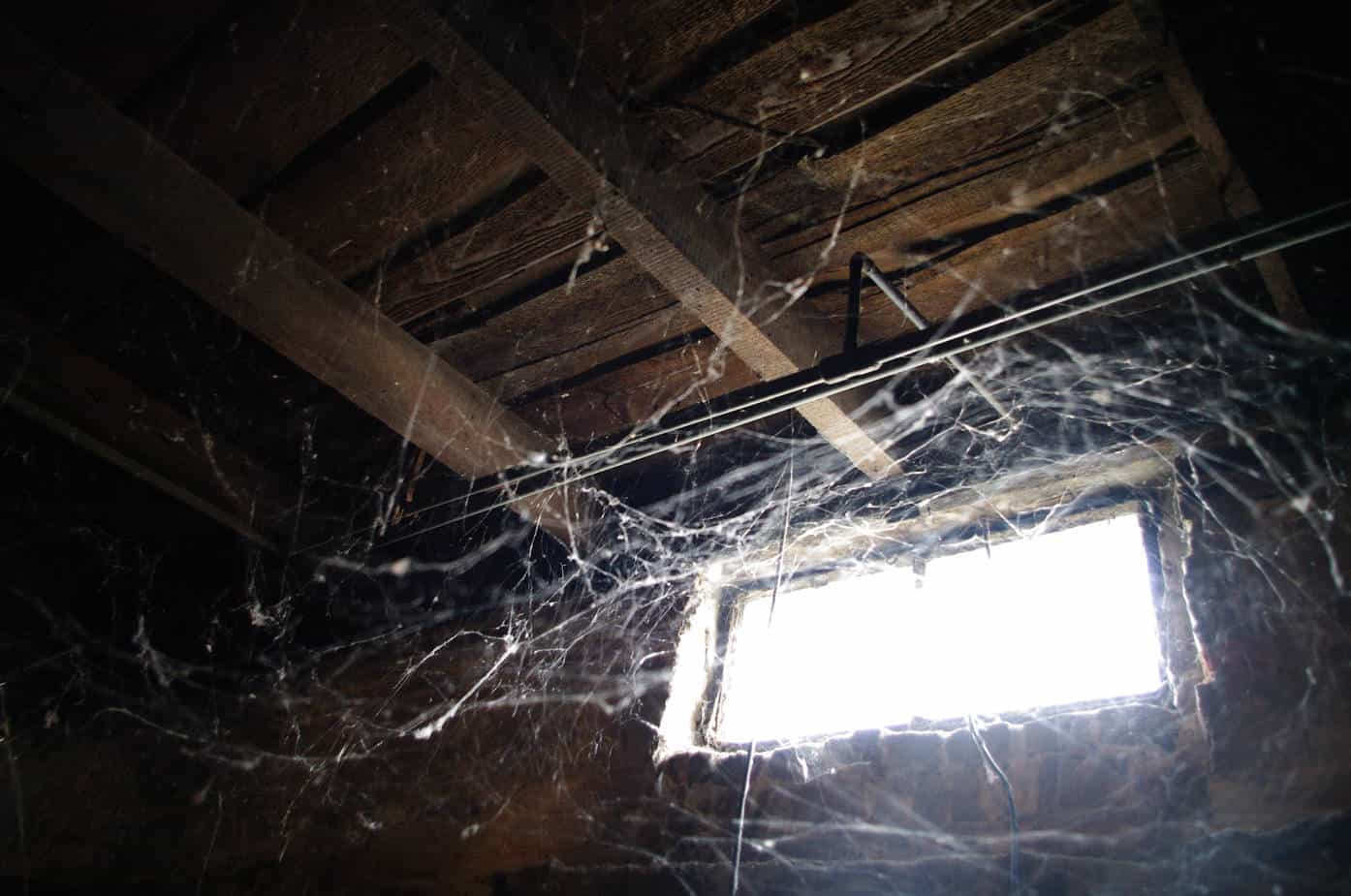 From lighting up the environment to beautifying the home, LED lights have become popular over the years. They are used in residential and industrial buildings because they are safer, sturdier, and long-lasting.

However, some people hold reservations about using LED lights because of their perceived notions that they (LED lights) attract spiders. Do they? Or not? 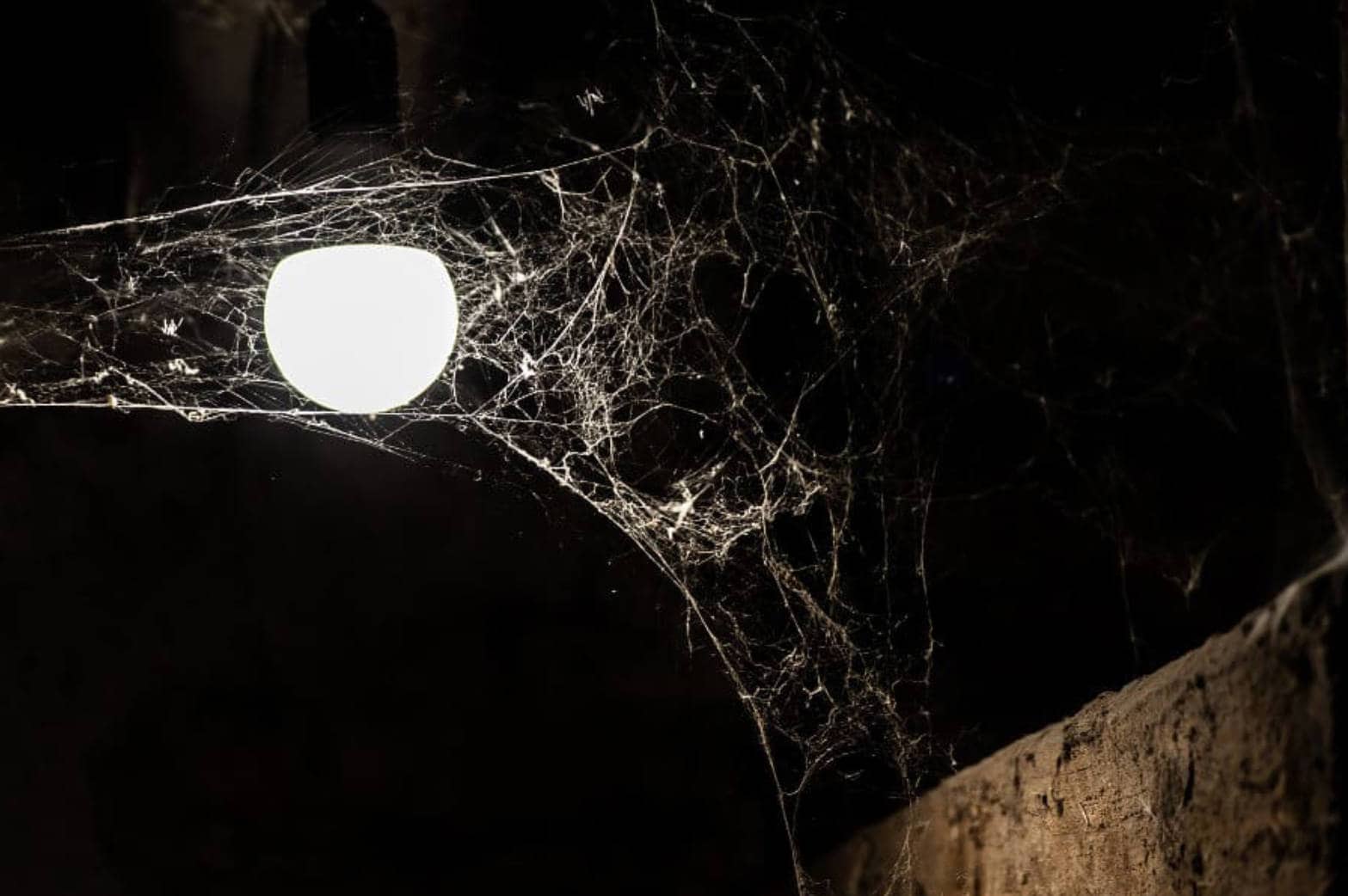 LED lights are very common both at home and in workplaces because of their ben over other types of light, which include:

An analogy would be perfect to understand the relationship between LED lights and spiders. Imagine when you were a kid and a particular house chore you detested so much.

Your parents/guardian, however, promised to get you your favorite cartoon character toy only if you do the chore.

As expected, you probably endured the pain of doing the chore to enjoy a lifetime experience of playing with your favorite toy.

Spiders are not huge fans of lights; as a matter of fact, they prefer to curl up in darkness all day. However, based on hunting flies, bugs, and other insects, their survival overrides their dislike for light.

Since lights, LED lights inclusive, are generally known to attract bugs and flies, spiders have no choice but to come out of their dark corners to hunt these unsuspecting creatures.

Consequently, it won’t be wrong to say that these eight-legged creatures (spiders) are attracted to light because of the benefits they derive from it – lights are their source of food. 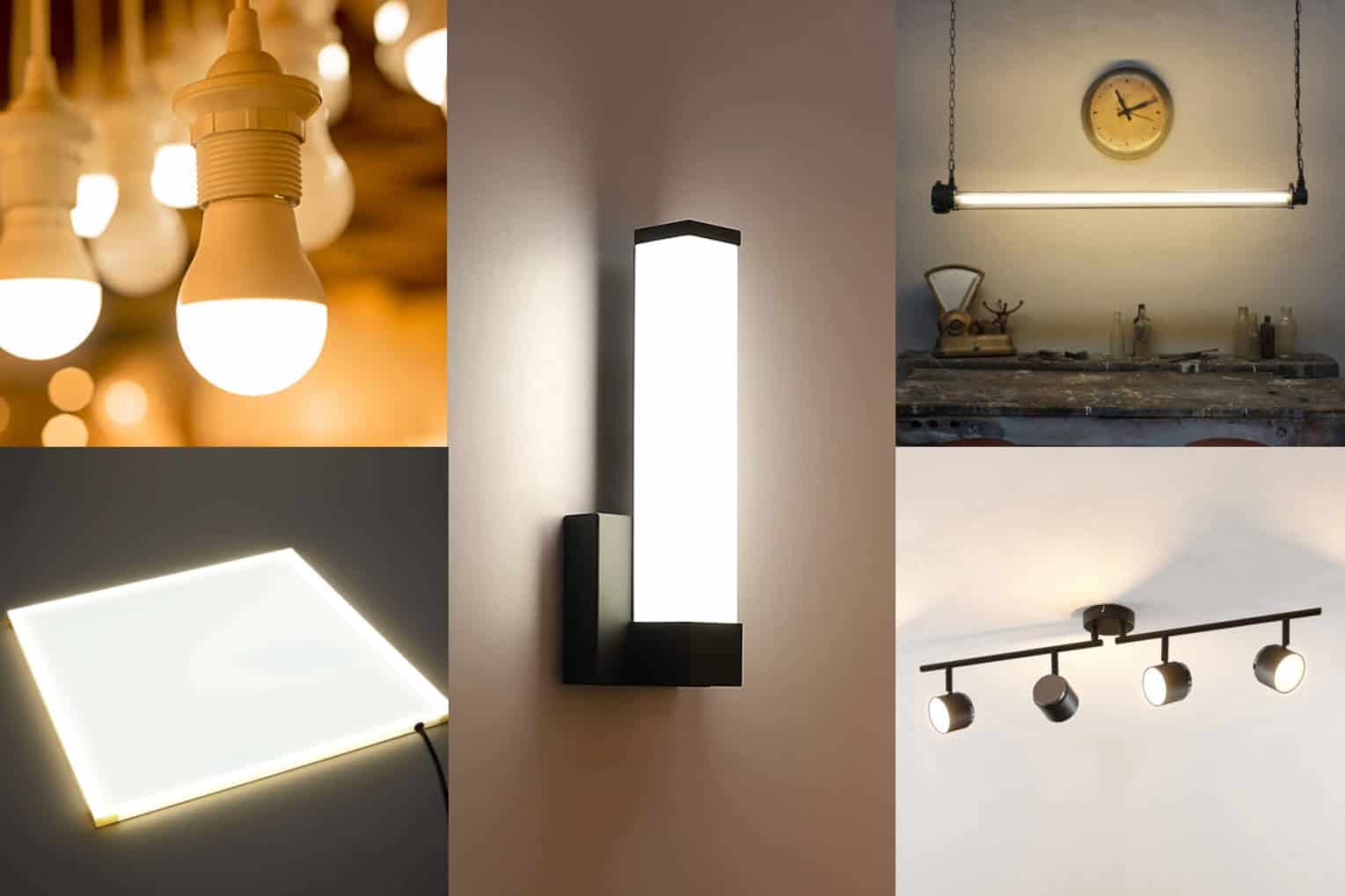 However, here’s a more comprehensive note on how different LED lights attract spiders.

Are Spiders Attracted To Particular Colours Of LED Lights? 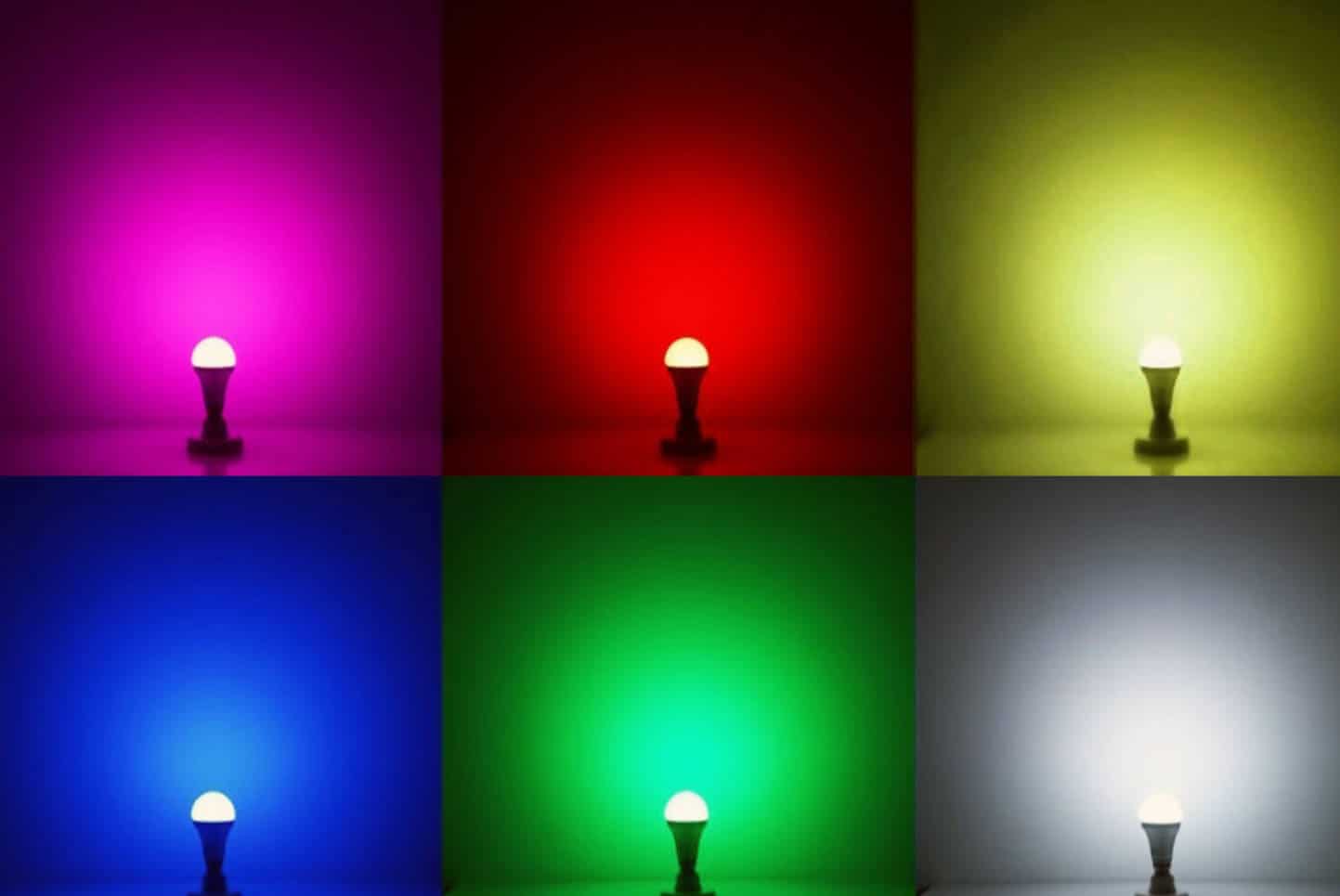 Since there are varieties of LED light colors, it is logical to think that spiders are attracted to some while others repel them.

This is not entirely true but should not be dismissed either. Spiders are dichromatic; they can only see two primary colors; green and ultraviolet.

Although they are color blind, spiders rely on light in green wavelength to find and navigate their ways. According to recent research carried out by the University of Cincinnati, Ohio, spiders are more sensitive to short-wavelength colors.

Spiders are also attracted to green because they need it to feel amorous. Therefore, don’t be surprised if you see more spiders spinning their webs very close to your green and violet LED lights than other colors.

Spiders Around Your LED Lights: Good Or Bad? 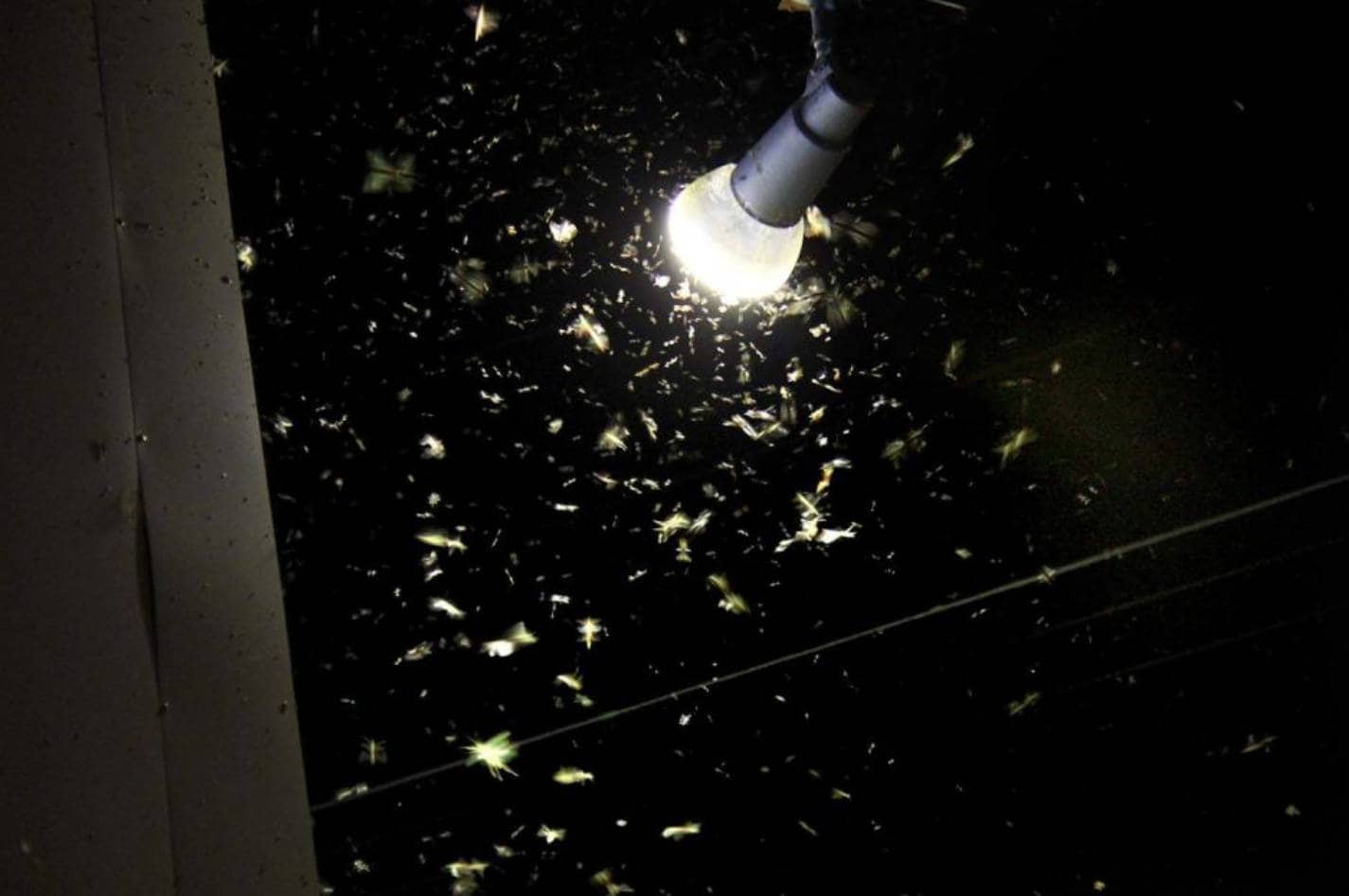 Most people are scared of spiders and don’t want them around their LED lights and home. Research has shown that the fear of spiders is one of the greatest phobias in the United States; the second is the fear of speaking in public.

However, there are two sides to the coin; while it is not ideal to have spiders all over the place, some benefits come with having the creepy creatures around.

Pros of having spiders around your LED lights/homes

If you have entomophobia, then spiders should be your companion. Why? Spiders can help you get rid of insects around your LED lights and the home.

Remember, that’s the reason they are attracted to your LED light in the first place. A single spider can consume over 2000 insects in one year, reducing its population by a reasonable amount.

Having spiders around your LED lights/home is a natural way of pest management, especially disease-transmitting pests. Pests like fleas, mosquitoes, cockroaches, and so on are harmful to humans and pets in the home.

However, these disease-transmitting pests will be reduced to the barest minimum with spiders around.

Ironically, spiders can also help reduce flies around your LED lights and home. As predators, spiders eat any edible thing that comes their way, including fellow arachnids.

Therefore, is survival of the fittest is survival, as the more robust species wipe out the weaker ones.

Cons of having spiders around your LED lights/homes

It is generally believed that spiders don’t bite, but this is erroneous. Even though their fangs are not strong enough to penetrate the human body, there are two dangerous species, Widow spiders and Brown spiders, whose bites are hazardous to humans and pets.

Having spiders around your LED lights and home is also a sign of untidiness. Cobwebs can make your home look unkempt and less attractive.

Finally, having spiders around your LED lights or in your home shows that your house is bug-infested.

As stated earlier, spiders are in your home because they are attracted to insects; seeing them (spiders) in large numbers implies that insects are taking over your home.

How To Control Spiders Around Your LED Lights 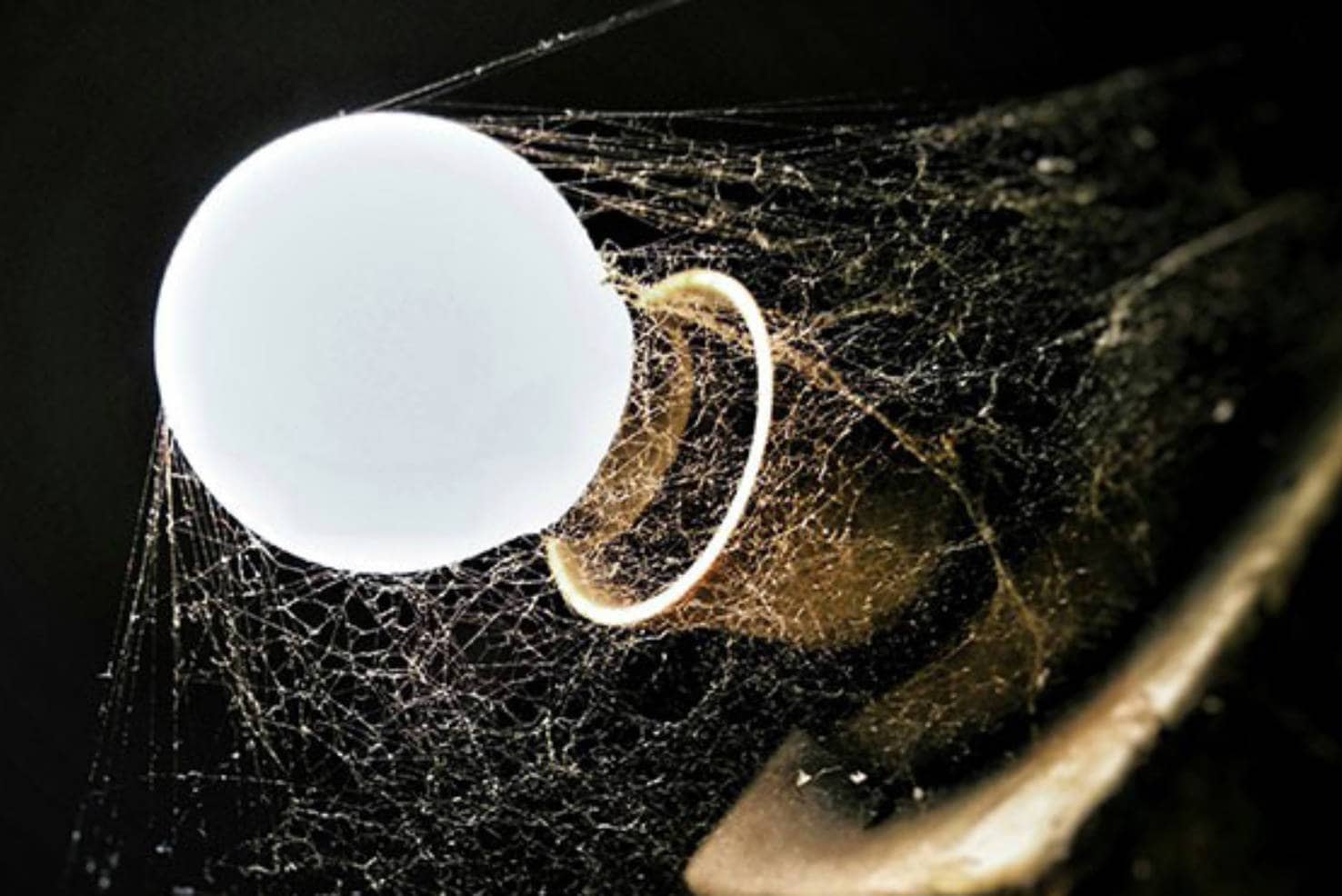 If you think the spiders around your LED lights are too much, then you might want to get rid of them even though it is impossible to have a house completely free from spiders.

However, it won’t hurt to try. There are different ways (natural and artificial) to keep spiders off your LED lights. Below are some of them:

One of the most effective ways to get rid of spiders is spraying the infested area with pesticides or insecticides containing DEET. This chemical (deet) gives protection against so many insects, spiders inclusive.

Other repellents can also help reduce spiders around your LED lights. Check your local stores or talk to an entomologist about ways you can reduce these 8-legged neighbors and other insects in your environment.

Another way of controlling spiders around your LED lights and home is by using a sticky trap. Simply place the trap close to the LED light or some other strategic location, and watch the spiders walk into their death.

However, some people find this method disgusting as they need to remove the dead insects to reuse the trap again. You can make the sticky trap yourself or get it at a store.

If you are allergic to chemicals or can’t stand the sight of dead bugs, then you might want to try this method. Place grapefruit peels, cinnamon, eucalyptus oil, or peppermint oil around the LED lights.

The scent of these natural elements is strong enough to wade off these unwanted creatures and freshen up the environment.

Another easy but funny way of getting rid of spiders around your LED lights and homes is by turning on the music. Isn’t that strange?

Since spiders are nearsighted, they only see things near them; they depend on the sounds and vibrations they perceive on their web. Heavy music disorients them, and eventually, they move away from the heavy sound to a calmer spot.

Finally, keep your home spotless and tidy. A dirty environment harbors insects, which attract spiders. Ensure your home is well ventilated, remove cobwebs regularly, and spiders will take a break from your LED lights.

One way to beautify your home is by installing LED lights around, but it comes with a price; insects get attracted to them. However, this shouldn’t deter you from giving your home that state-of-the-art touch with LED lights.

All you need to do is control or eliminate any insects around your LED lights, including spiders.