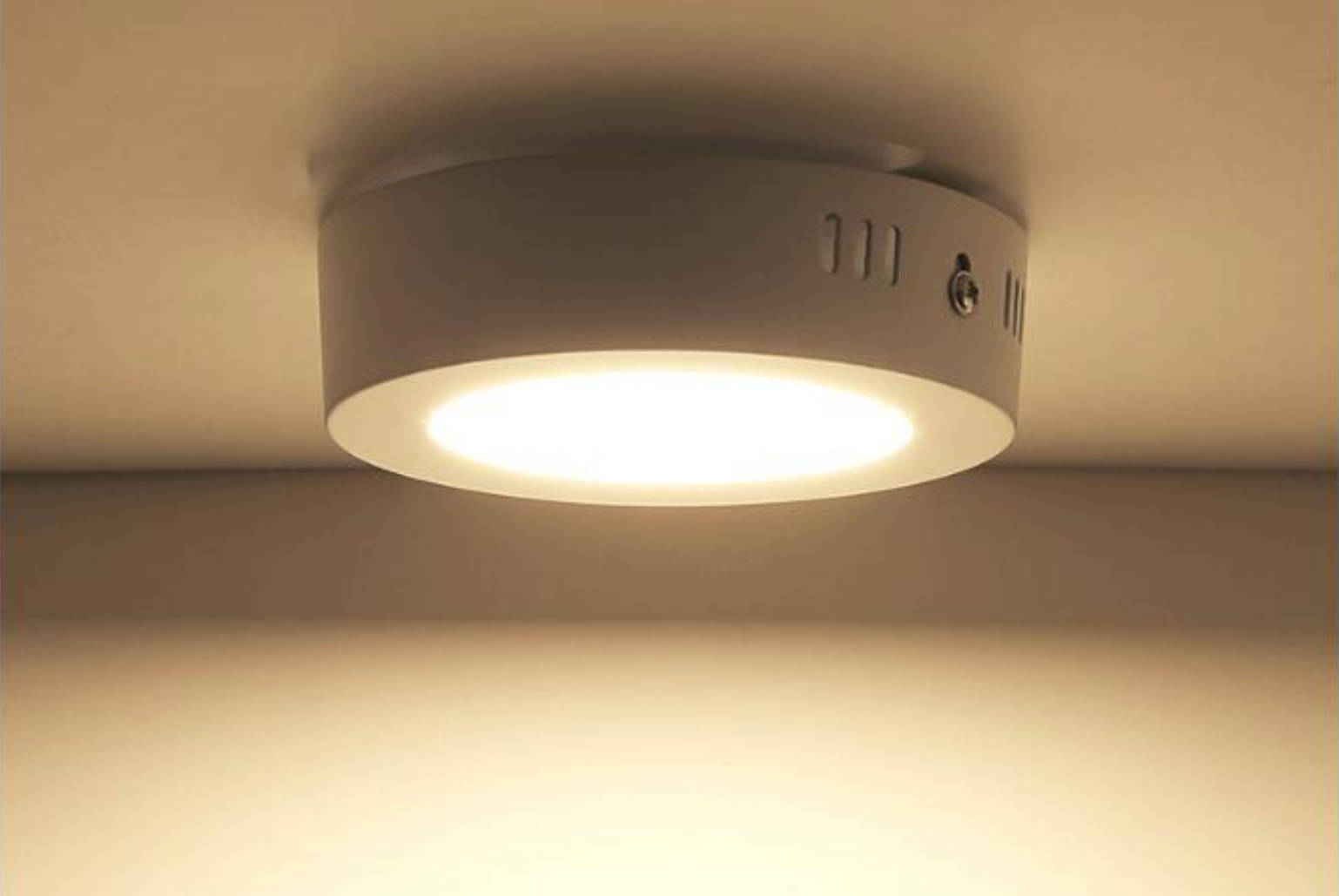 During the early days of light technology, scientists place an essential device within the bulbs. This device was called “Ballast” and was set to restrict the amount of current flowing within an electrical circuit.

But, as lighting technology develops in our fast-paced world, some lights are not engineered to have a ballast anymore. For this reason, you might be wondering, “do LED lights need a ballast?”.

We’re here to answer your question and explain everything you need to know about LED lights and ballasts.

What Is A Ballast? 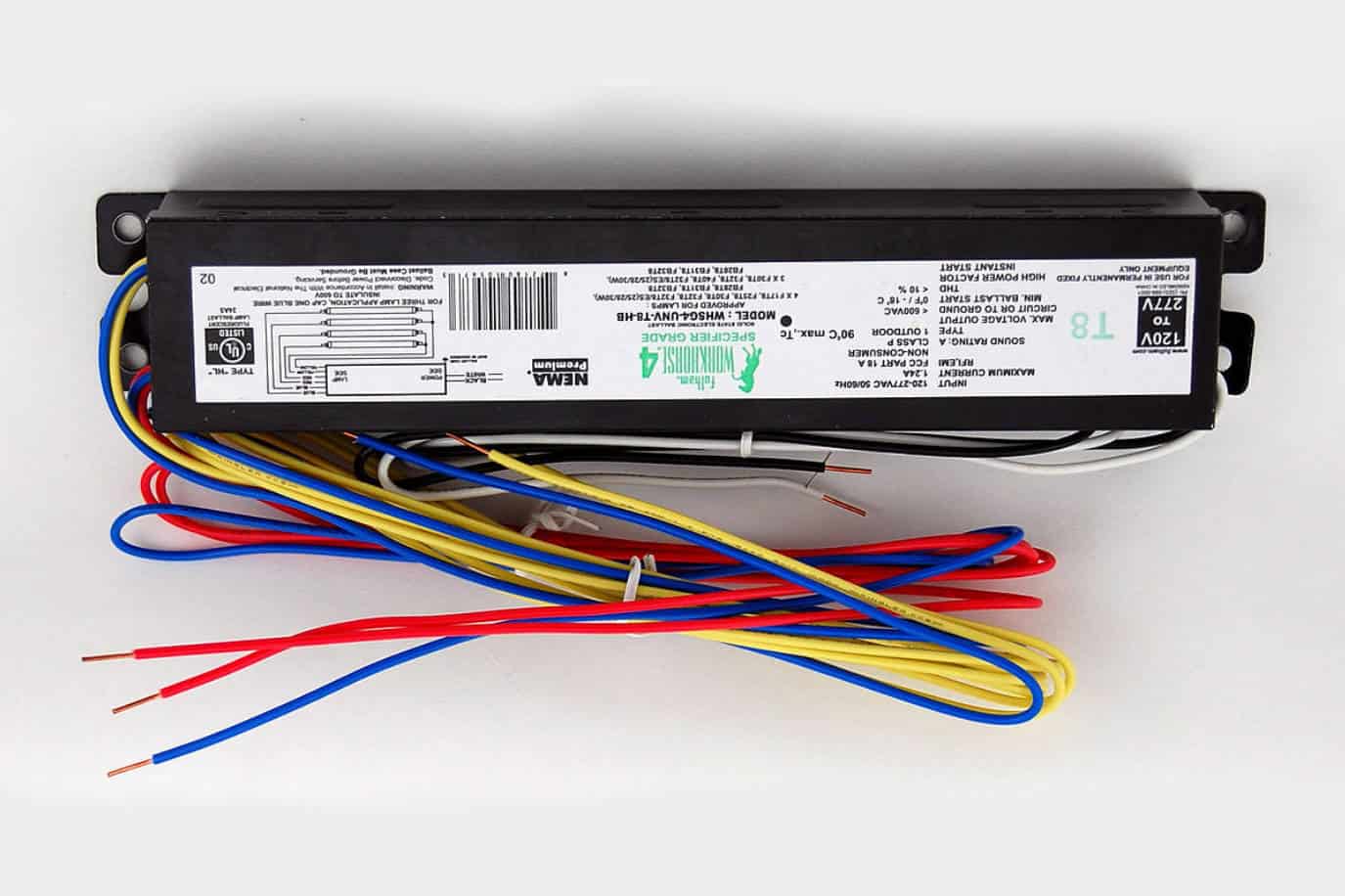 A ballast is considered the “functional heart” of lights. Like the human heart regulating the flow of blood in our systems, ballast functions to make sure that a light bulb maintains its distribution of energy throughout the fixture.

Ballasts are used in some obsolete fluorescent lamps and tube lights to reduce the risk of current rising to a destructive level.

If a light bulb’s ballast is missing, it would increase the risk for the light to heat up and eventually burn out. That’s how important ballasts are for lighting fixtures.

However, not all light bulbs and lamps need a ballast. Only a few types of bulbs use ballasts now. Some of these are metal halide, mercury vapor, and HID.

You might be wondering which of the parts of your lighting fixture is the ballast. The ballast is hidden behind the tube lights. It is a long black box with wires going in and out.

There are two types of ballasts: Electronic Ballast and Magnetic Ballast. Let’s discuss the differences between the technology behind these two variants.

Here are the differences between the two types of ballasts according to their materials, use, pros, and cons:

To regulate electric current, a magnetic ballast has a copper coil around an iron connector. These two components work to create a magnetic field that transforms voltage.

Magnetic ballasts can only maintain a frequency of around 60 Hertz, which can be a cause for the flickering of a light bulb. It also generates a large amount of heat.

This type of ballast uses electronic components including microchips and semiconductors to limit the amount of current flowing in an electrical circuit.

One of the most common applications of electronic ballasts is in fluorescent lamps, where ballast is situated in the lamp’s tube to regulate the current throughout the fixture.

Do LED Lights Need A Ballast? 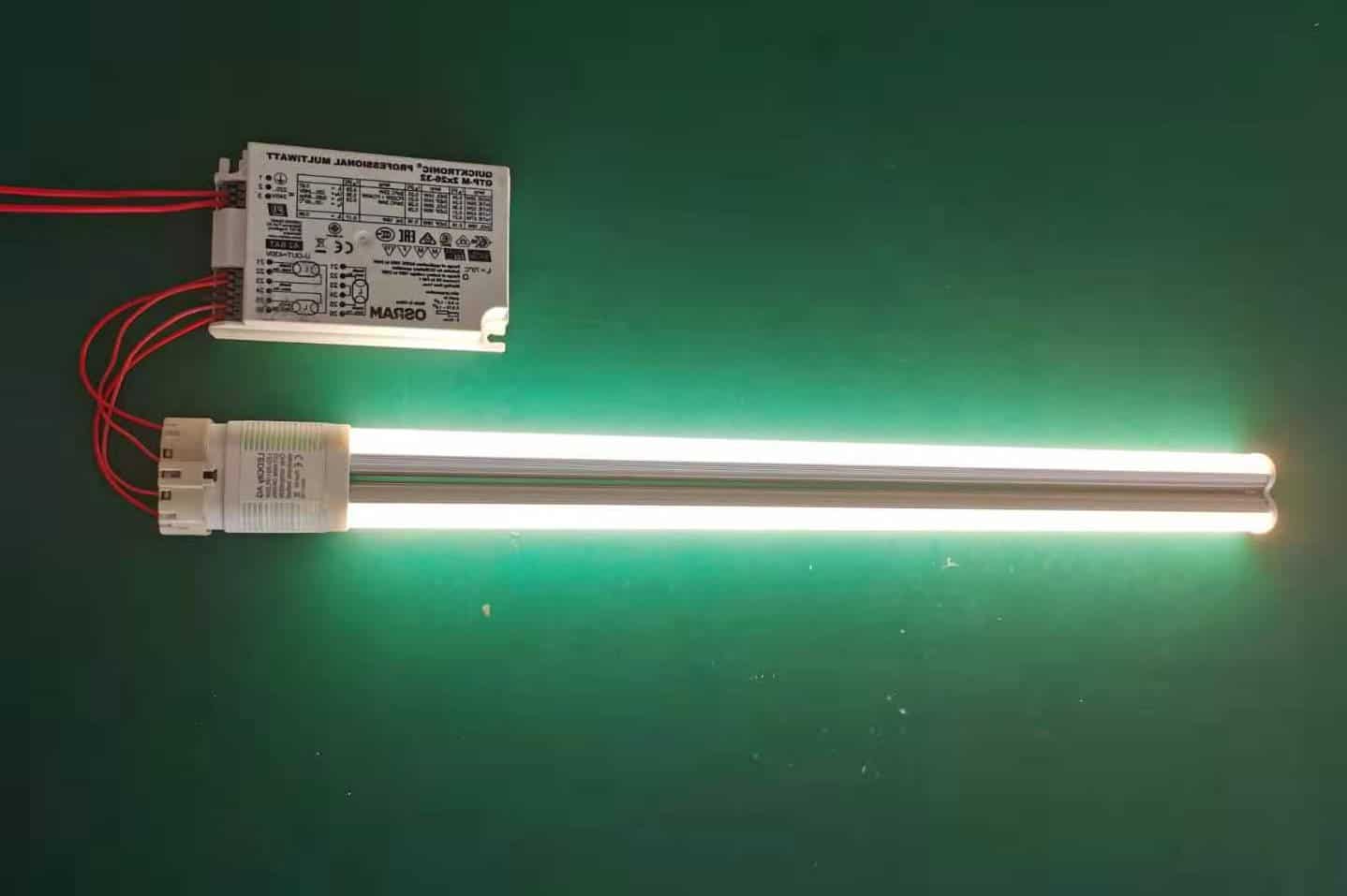 Our quick answer? No

As mentioned earlier, not all light bulbs and lamps use a ballast. LED Lights utilize different technology to better regulate the amount of current flow.

Instead of a ballast, LED Lights have an LED driver.

However, there are LED lights that are designed to work with an existing ballast. For instance, hybrid LED lamps are engineered to utilize plug-and-play ballast technology. This will be discussed in further sections on this page. 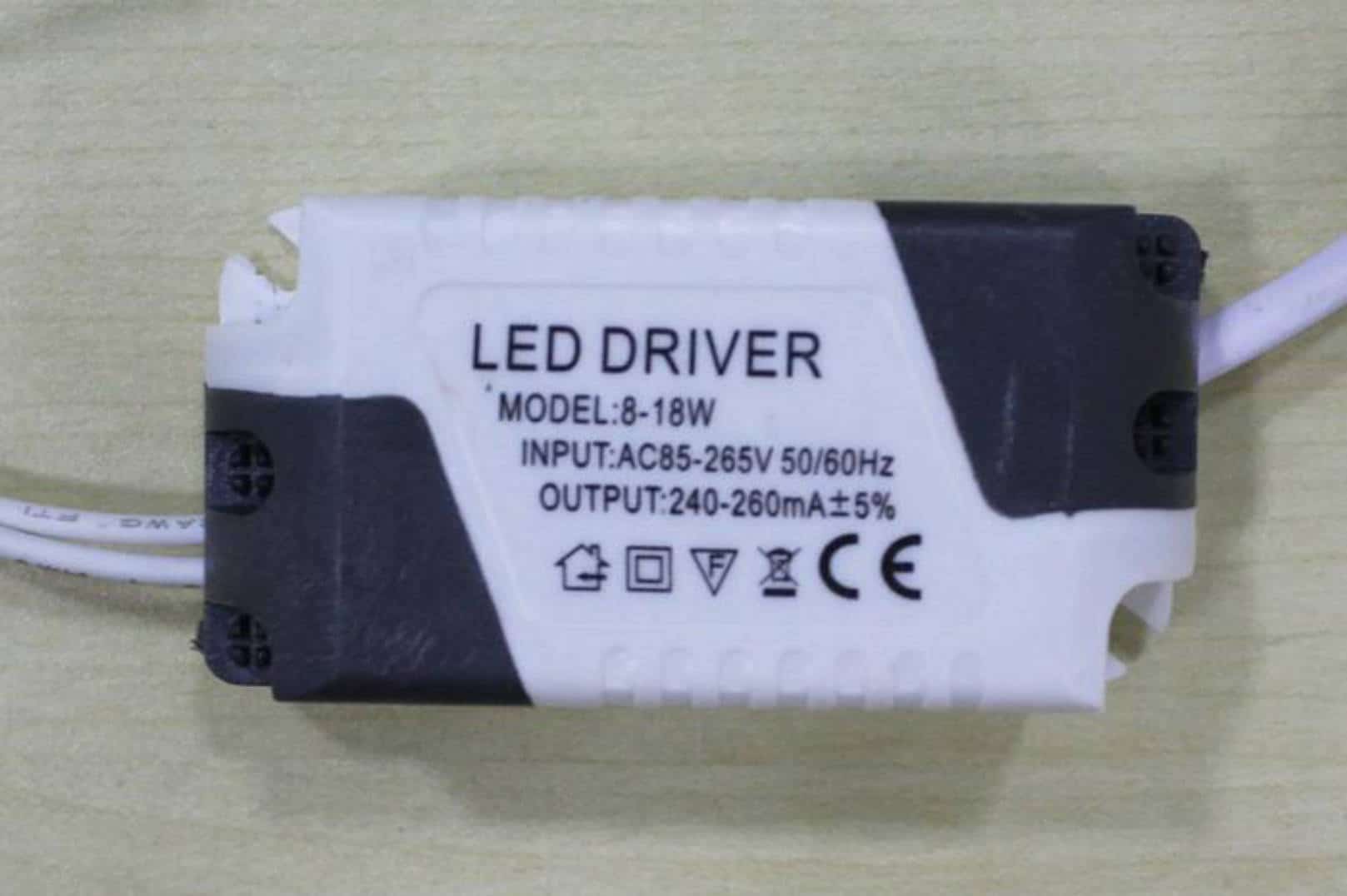 An LED Driver regulates the power of an LED bulb or strip. Because LED lights are known to generate a little amount of heat and have a long lifespan, the driver used is specifically designed for devices with low energy consumption – like LEDs.

If an incompatible driver is used, it will result in light bulb failure and bad performance. In worse cases, the bulb can get too hot to be unstable and to bust out.

Make sure that you are using the suitable LED Driver when going for this technology.

As the name infers, Constant Current LED Drivers regulate current flow through an array of LEDs. They provide a constant amount of mA/A (current) and a designated range of output voltages. This provides LEDs with a stable flow of electrical current.

There are also other types of LED Drivers according to the LED assembly: Internal and External LED Drivers.

This type of LED driver is present in the same case as the LEDs. Internal LED Drivers are common in residential properties, mostly indoors.

External LED Drivers are placed separately from the LEDs. They are most frequently seen in outdoor settings, like commercial areas, roadway lighting, cove lights, and street lights.

Should You Remove Existing Ballast To Use LED Lights? 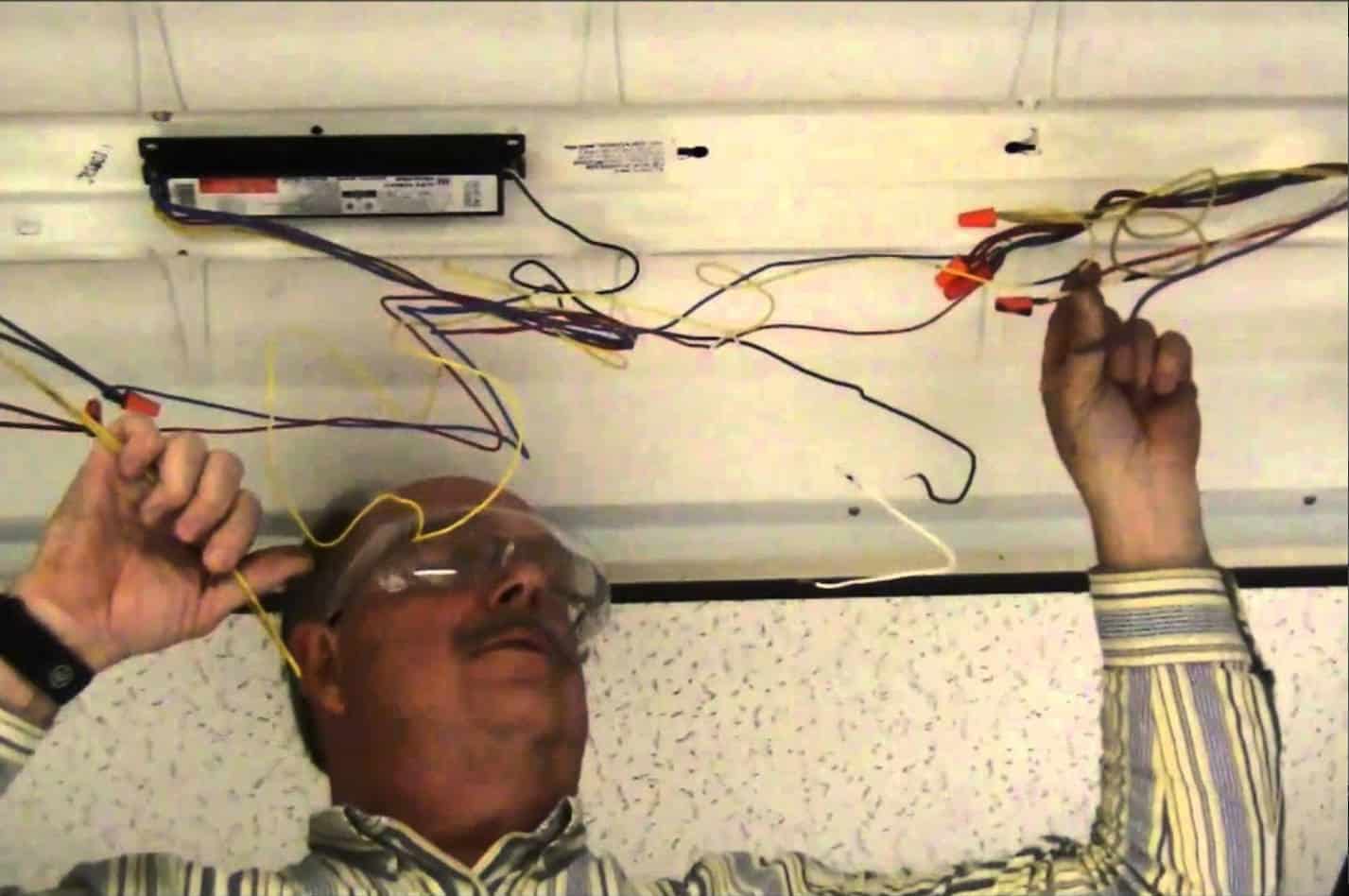 The decision of whether to remove your fixture’s existing ballast depends on your current lighting system.

Plug and Play vs. Ballast Bypass

A plug-and-play LED replaces fluorescent bulbs with LED bulbs. This is a quick fix also known as a “direct fit”. Because it works with the existing ballast, you do not need to rewire or remove it.

Plug-and-play LEDs are easy to install by snapping the bulbs without any additional tasks and equipment. In this option, the ballast remains in place. However, ballast maintenance is still necessary and you have to make necessary servicing or repair.

A ballast bypass, on the other hand, is when the ballast is removed and the light bulb then receives power directly from a socket. This is also referred to as “line voltage” or “direct wire linear LED”.

The disadvantage of ballas bypass is time and complexity. It takes longer to remove the ballast and connect it to the socket. If you are rewiring a fixture, you must be extremely cautious as the risk for electric shock is always there.

Always remember to handle electrical parts with care for your safety and for your LED’s maintenance.

The Benefits of Switching from Fluorescent to LED Lighting 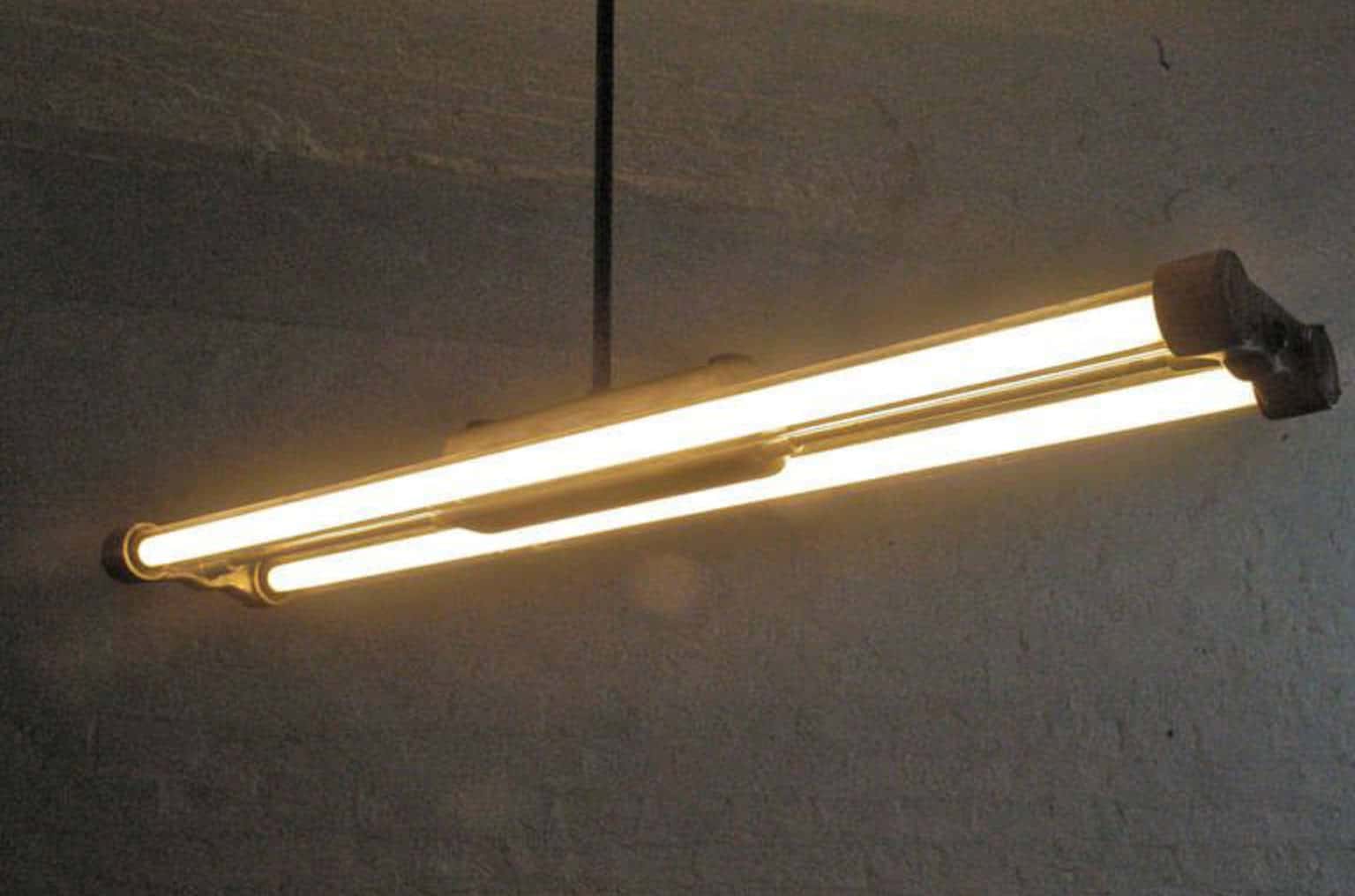 Fluorescent bulbs and LED lights utilize two entirely different methods to produce light. A fluorescent light has inert gas within its casing while an LED is in a solid phase.

If you’re still unsure of whether you’re going to change your fluorescent lighting system to LED or not, here are some benefits that might convince you to make the switch:

It is not a secret that LED lights produce less heat than the other types of light bulbs. This means less use of pricey air conditioning. It both saves time and money!

Green technology, or Greentech, aims to reverse the effect of human day-to-day activities on the environment. It is also known as “sustainable technology”.

Fluorescent bulbs contain toxins like mercury that are not safe to dispose of in a landfill. Contrary to this, LEDs are a sustainable choice. They can be disposed of in a landfill safely.

3. LED Lights have a longer lifespan than fluorescent lamps.

LED Lights have a longer lifespan when compared with other lighting technology. They can last up to 50,000 to 100,000 hours and even more! Meanwhile, fluorescent lamps only have up to 10,000 hours of a lifespan, which is 5 to 10 times less than the lifespan of an LED light.

With the advancements in LED technology, LED lights become better and more popular as lighting solutions to every space.

So, do LED Lights need a ballast? The quick answer is no, but it is helpful to know that some LED lights may require a ballast, like plug-and-play LEDs.

LED Lights use similar technology, that is an LED driver. LED Drivers are used to regulate the amount of current within a circuit. LED Drivers are a vital component of LED technology because they prevent damage to your lighting system.