LED lights have been a part of our lives in the 21st century. We often see them as décor, car lights, and many more.

One might ask, where do LED lights come from? Well, we are here to answer that question. This article will give you a comprehensive breakdown of the history of LED lights.

An Overview of LED Lights 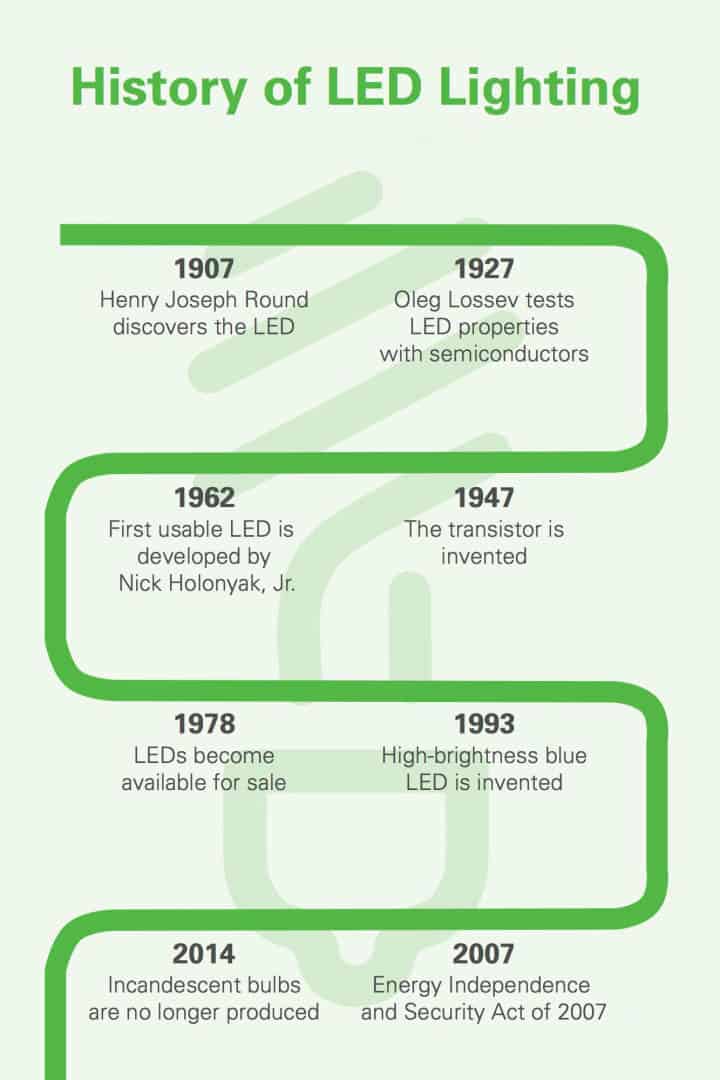 Before we get into the history of LED lights, let’s read through the general information first.

LED or light-emitting diode is a light source that uses semiconductive properties to produce electroluminescence. LED light has become the more popular choice than its other counterparts as it’s both durable and consumes less energy.

You might commonly see them in commercial places such as grocery stores and malls. LED light strips have also been used as décor and lining in rooms and furniture.

The Discovery of Electroluminescence (1907s) 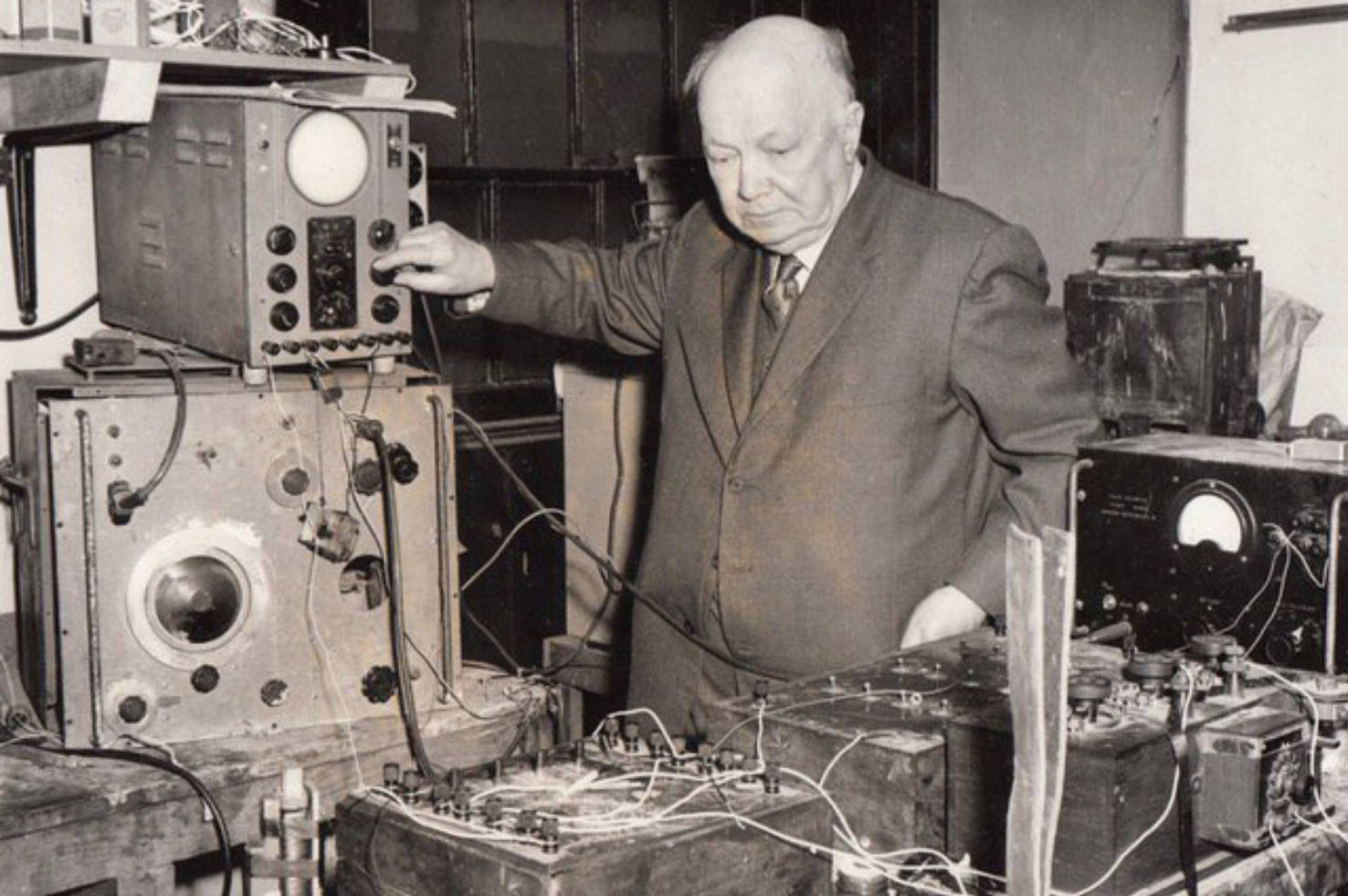 The world of electric light sources started when Henry Joseph Round found discovery in 1907. He discovered the phenomenon of electroluminescence.

Henry Joseph round published many of his findings to the press. Sadly, since the LED doesn’t have any practical uses yet, its studies have become stagnant.

With the discovery of electroluminescence comes to its development. Oleg Losev, one of the pioneers in the study of semiconductors, reported the first light-emitting diode or LED in 1927.

He discovered LED lights by observing the light emissions of carborundum junctions. He made much the same information as Henry Round. He stated that solid-state diodes show a light green color when an electric current is present.

Although the early stage of LED seems promising, the light that the early diodes emit is faint and doesn’t work with any practical use.

In the following years, there is a stagnant in the research of semiconductors. Fortunately, Georges Destriau picked up the development with his publications in 1936.

Through observation, he stated that you could create electroluminescence with the suspension of zinc sulfide powder.

In 1939, the patent for the Silicon Carbide as an electroluminescent light source was patented by Zoltan Bay and Gyorgy Szigeti. This discovery is used as an energy source for the future innovations of LEDs.

LED Lights with Practical Use (1960s) 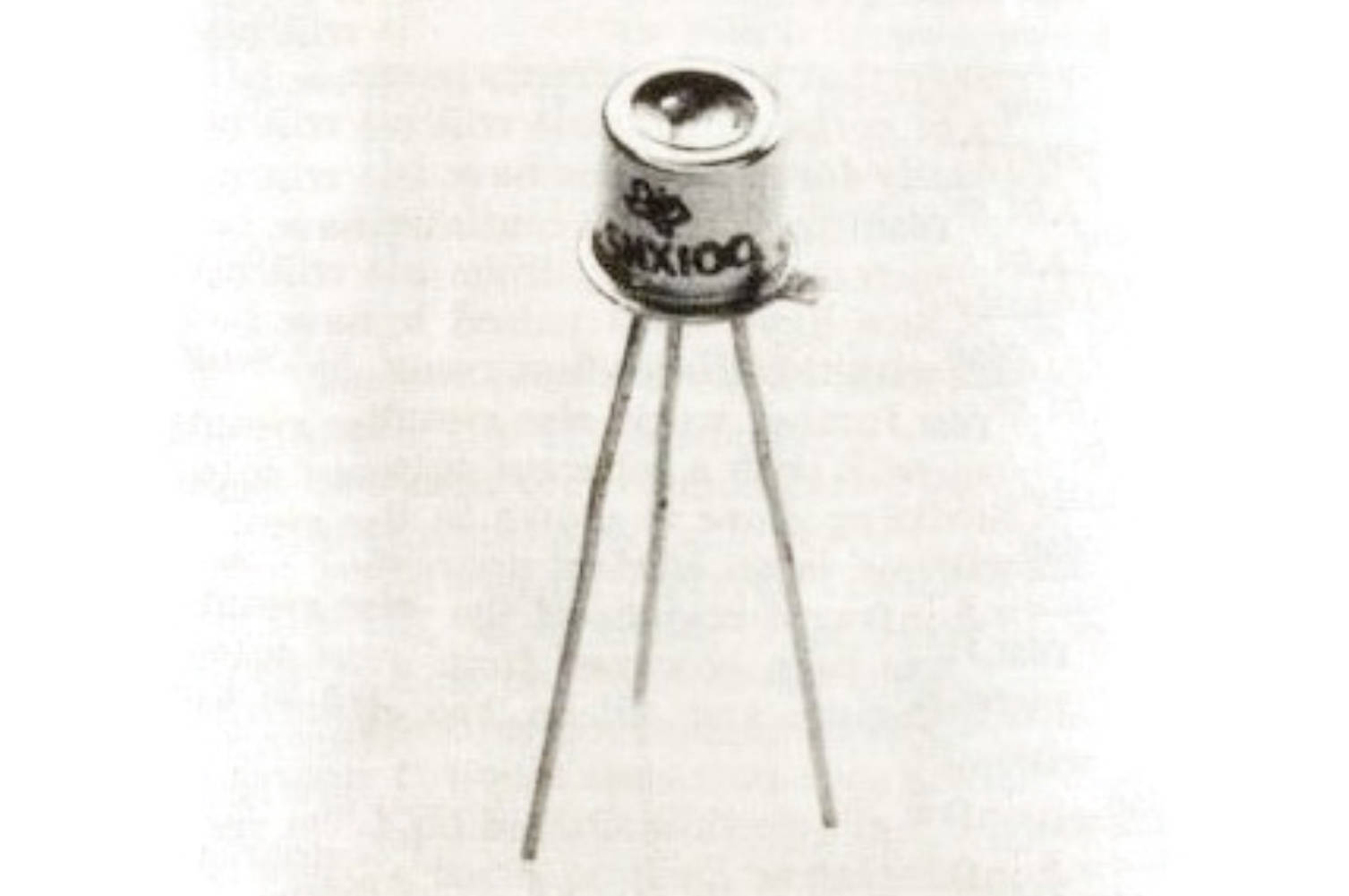 James R. Biard and Gary Pittman observed the first practical LED light while working in Texas. The two discovered a light emission from a tunnel diode on a nearby GaAs substrate.

By 1962, they are officially the holder of the “Semiconductor Radiant Diode” patent. Texas Instruments didn’t waste any time. In the same year, they released the first LED product: the SNX-100.

The SNX-100 emits an 890nm light by using a GaAs crystal. With that, James Biard and Gary Pittman are forever present in LED lights’ history.

Although Biard and Pittman patented one of the first examples of LED lights, they are not heralded as the “Father of the Light-Emitting Diode.” That title belongs to Nick Holonyak Jr.

In 1962, along with the commercial production of LED lights, Nick Holonyak Jr. invented the first red LED lights.

Throughout the 1960s, research around LED lights continued, and by the end of the decade, the innovations continued to grow.

Since the creation of the red LED lights (the first visible spectrum) by Nick Holonyak Jr., innovations continued to grow with LED’s introduction to the market. By the 1970s, a couple of visible color ranges are introduced other than red.

In 1972, George Crawford, one of Holonyak’s students, developed the first yellow LED. He also improved the present visible spectrum’s (red and red-orange) brightness.

Herb Maruska and Wally pioneered the development of blue LED. In 1974, Maruska, Rhines, and Stevenson patented their work. 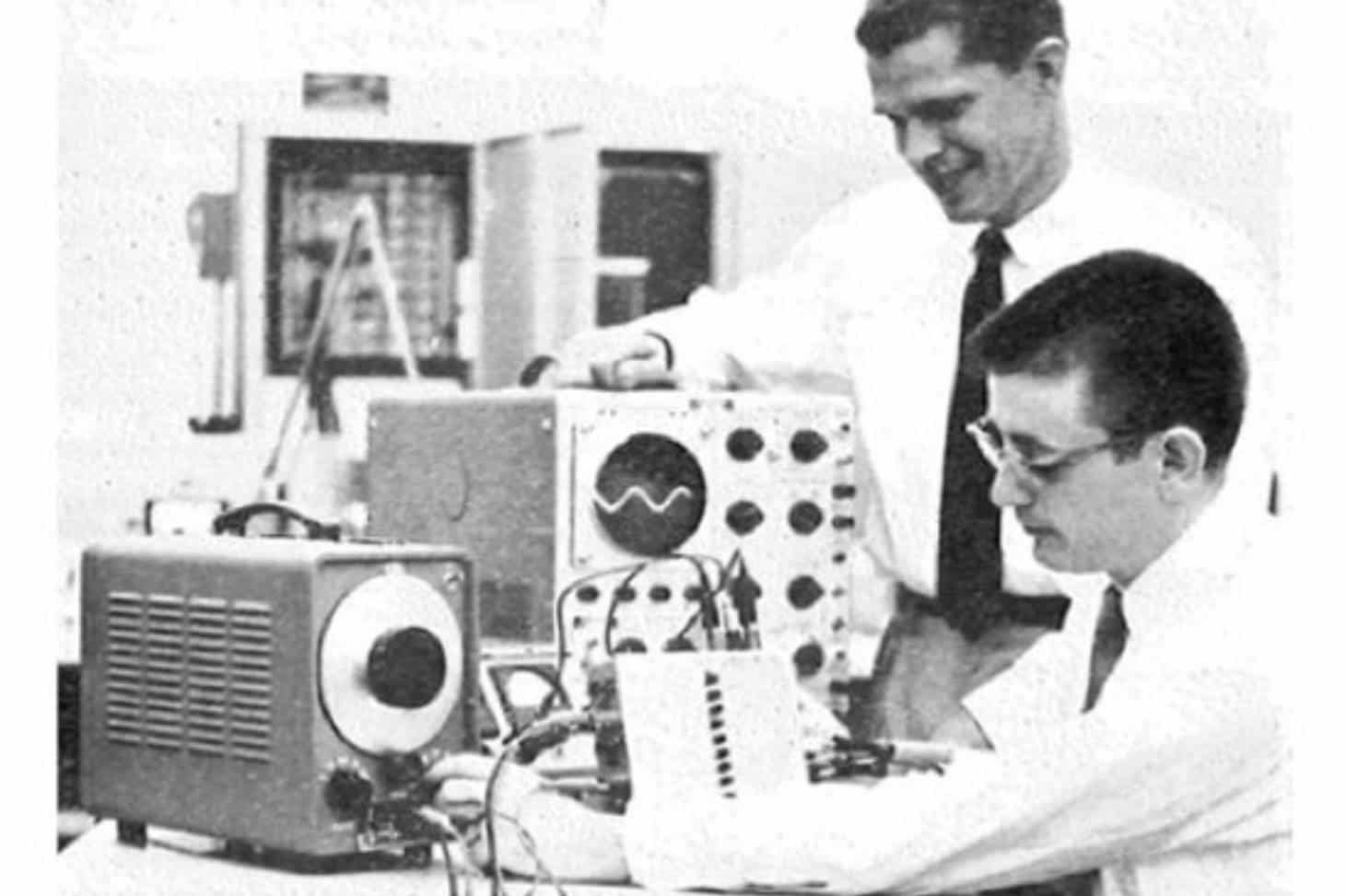 Although LED lights have been around since the 1960s, it’s still not as common as today. The light-emitting diodes are present in the market, but they are very pricey. The estimation for the price of early LEDs is 200 dollars a unit.

During the 1960s, the development of LED for commercial use was on the rise. By 1968, HP and Monsanto produced the first two usable products that use LED: HP’s LED Display and Monsanto’s LED indicator lamp.

In 1969, Hewlett and Packard introduced the first intelligent LED display in the market. It became the basis of LED screens that we still use today.

But the real key to the vast production of LEDs wouldn’t happen until 1969. One of HP’s researchers, Mohamed Atalla, left the company and transferred to Fairchild Semiconductor. He proposed that they should use LEDs as indicator lights and optical readers.

Fairchild Semiconductor mass-produced LED devices for a lower price through the planar process. With the aid of Thomas Brandt (a pioneer in optoelectronics), they can cut costs.

The Development of Bright LEDs (1980s to Present)

In the 1980s, researchers and inventors have been producing bright orange, yellow, and green LEDs. There were no bright white LED lights until 1994.

Shuji Nakamura invented the bright blue LED lights by using indium gallium nitride. This discovery is the cornerstone for the more efficient production of bright white LEDs. The bright white LED was made by coating the blue light with fluorescent phosphors.

After a decade since the development of bright white lights, LED has become more available and cost-effective for the masses. This discovery is why we have brightly lit commercial places nowadays.

The Different Innovations of LED

You can see LED lights in the market now that they are bright, have a visible spectrum, and are durable. Their innovations have proven themselves as a great source of light.

For example, LED has grown in terms of its types and uses. The single small LED bulb has been innovated for different services. These types are: 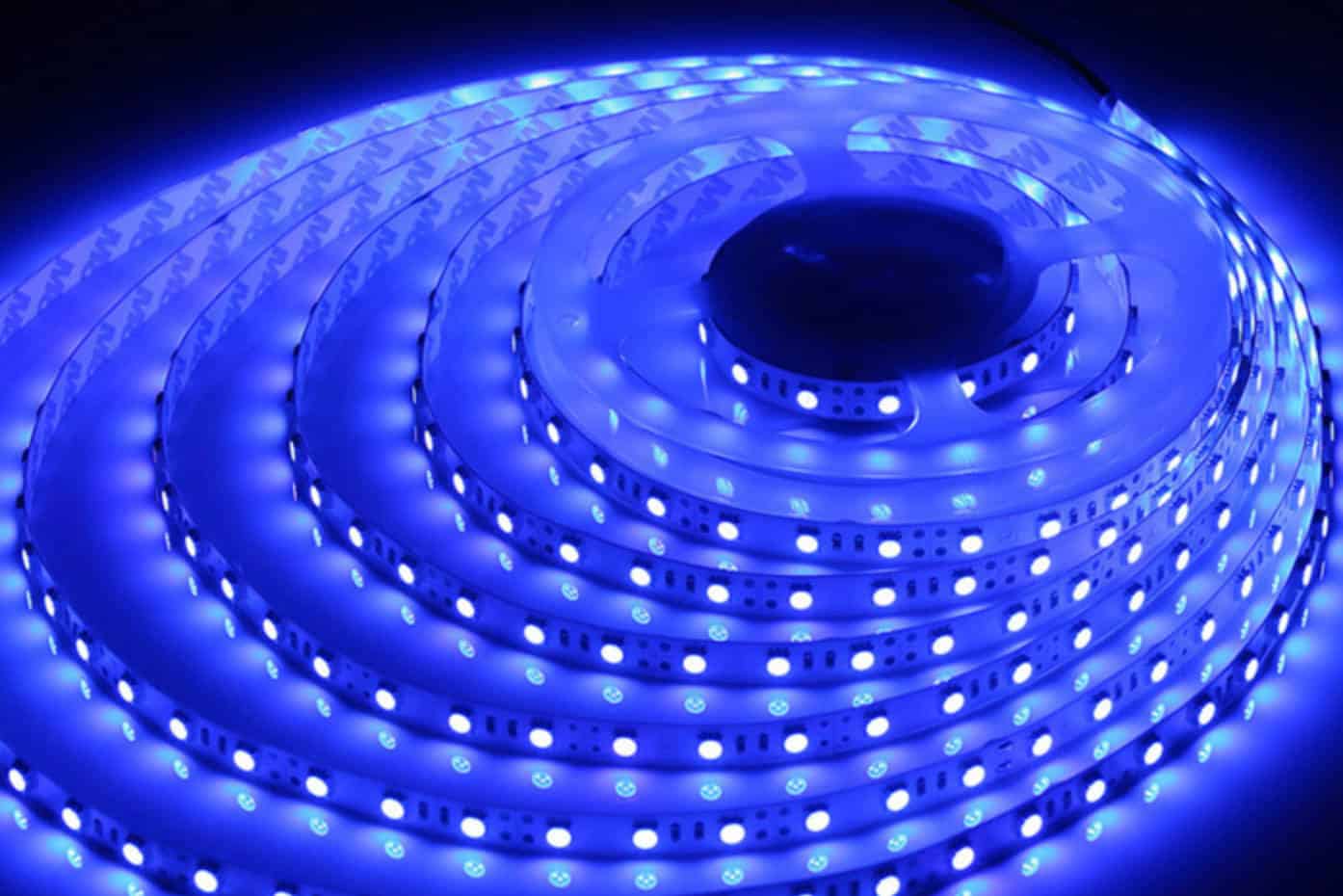 LED light strips (also known as ribbon lights) are one of the most popular types of LED light. The long ribbon-like appearance characterizes the product.

The lights are designed to stick to the surface and connect to a power source with an adapter.

They are commonly used for decorations and lighting setup. This type of LED light is the most accessible and cheap. 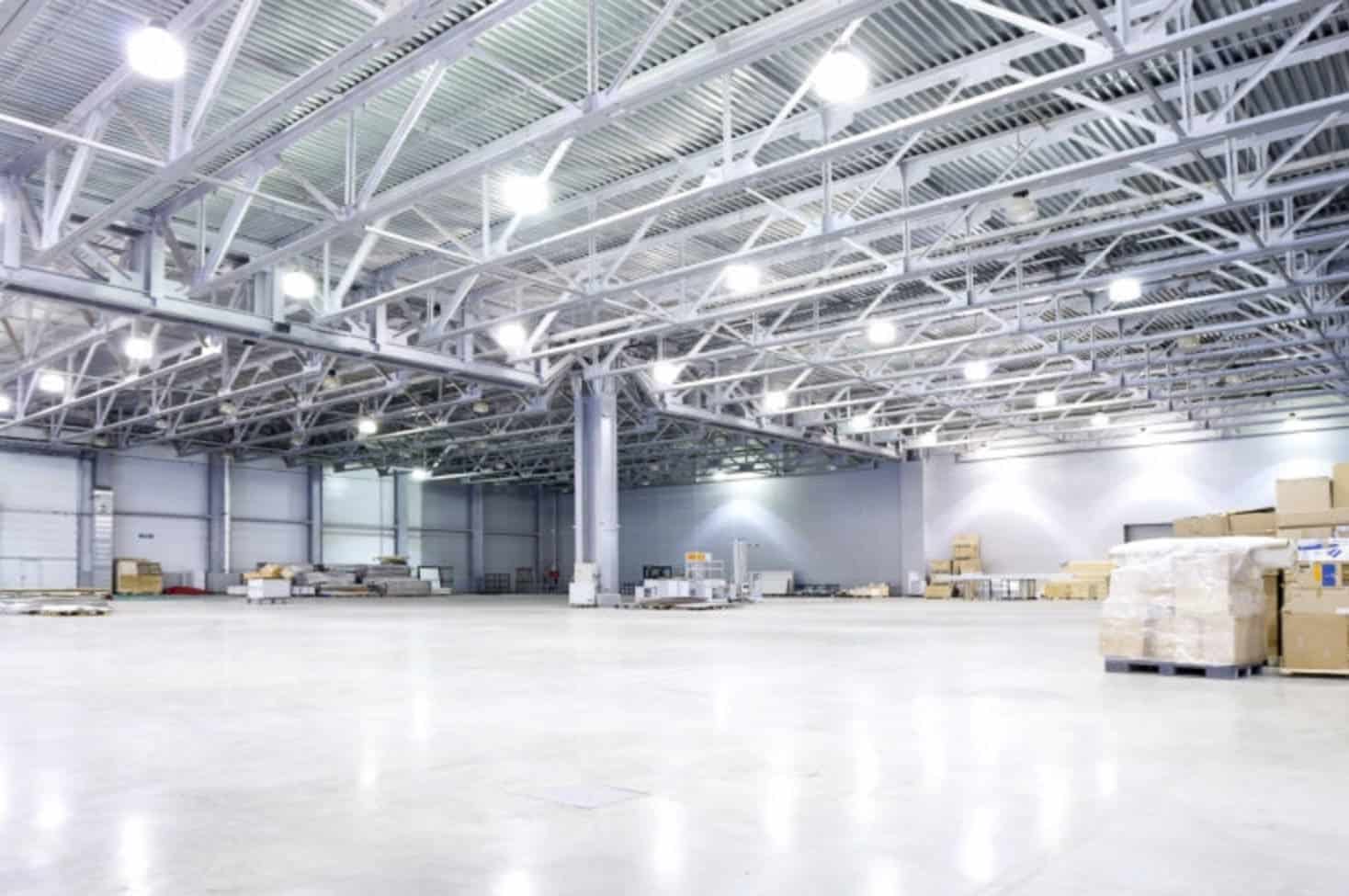 Most companies prefer commercial LED lights to other types of bubs. Commercial LEDs are more durable and consume less energy than incandescent lights.

Most commercial places like groceries and malls need bright light to illuminate the area. By using LED lights, the companies cut costs and keep the site bright for the customers. 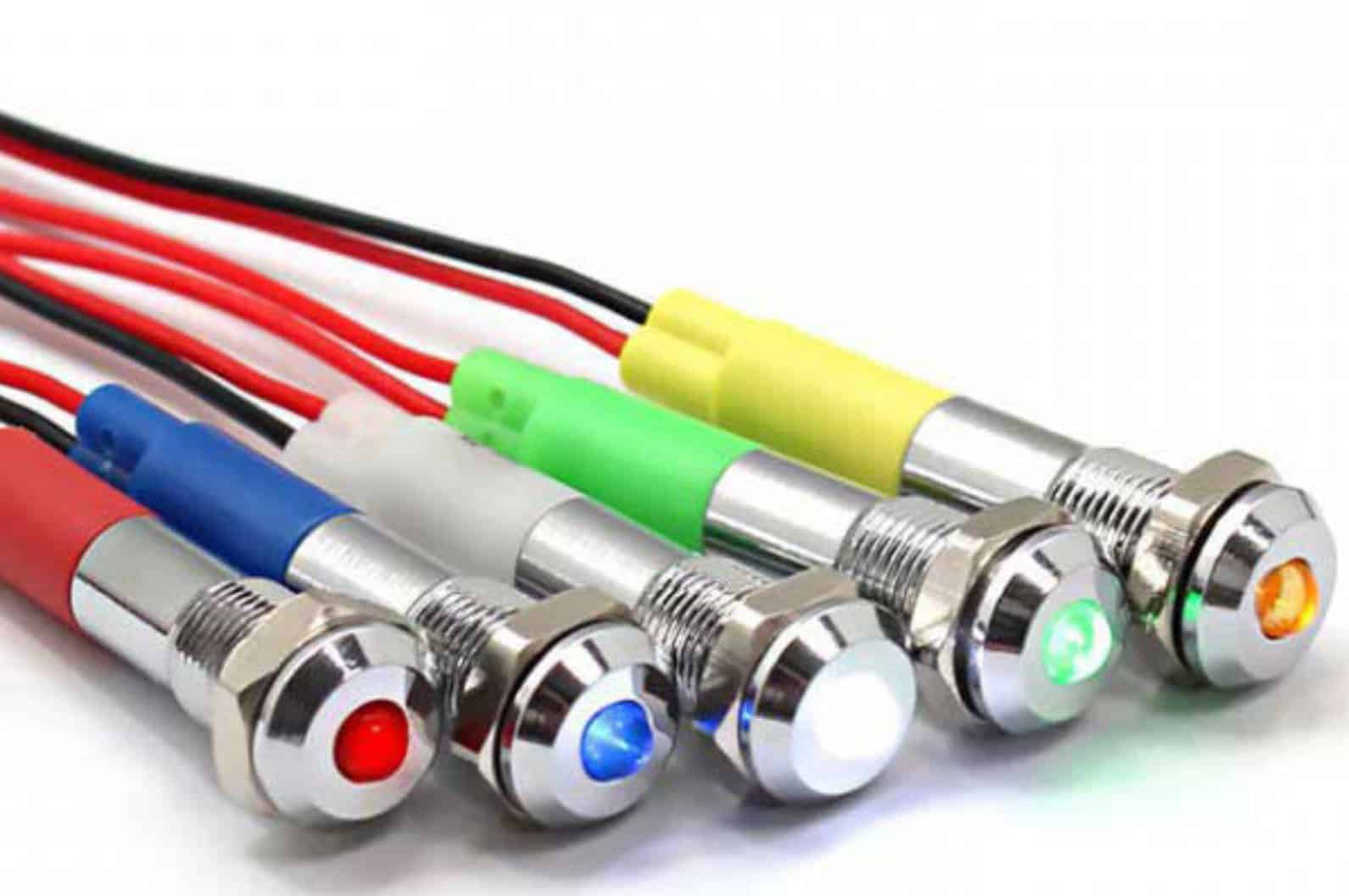 Indicator LEDs are used for indicators. You can often see these types of LED lights on cars, electric clocks, and other types of electric devices.

The bright neon signs characterize them. Indicator lines are primarily red or green. 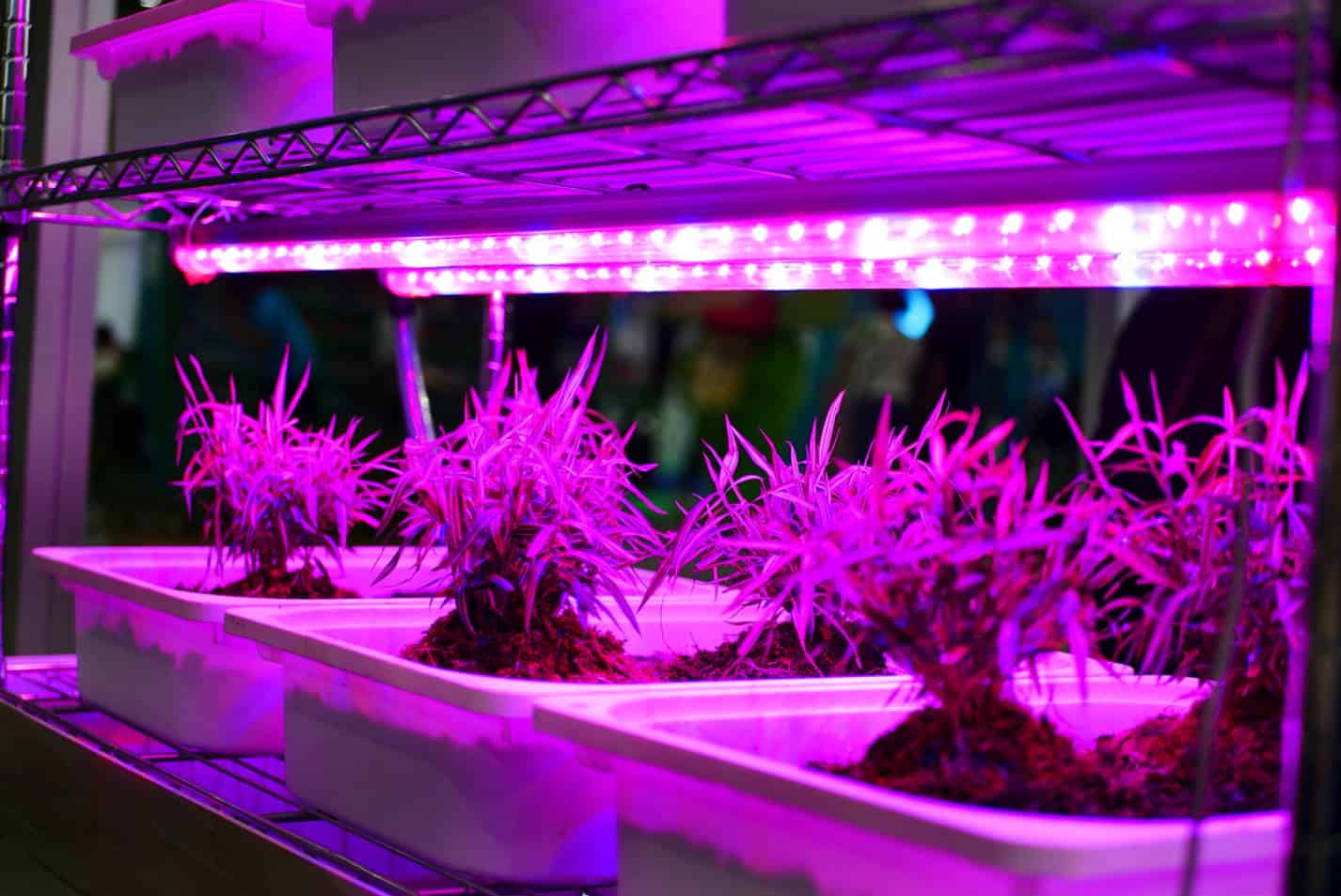 Grow LEDs are light sources made to be a source of heat for plants and gardens. The photons from the grow LED lights aid the plants with photosynthesis.

Along with the different types of LED lights, they come with different color variations. Unlike in the early development of the LED, colors and various LED hues are widely available for ordinary people. You can find an LED light to illuminate your space, whether white or color.

LEDs also consume less energy, which is perfect if you look forward to being more sustainable and lessening the bills. They also last a lot than other bulbs, so you can cut costs when using LED.

You might think that LED lights are a very modern innovation, but the overview of its history might tell you otherwise. We hope this comprehensive article about the history of LED lights increased your knowledge.