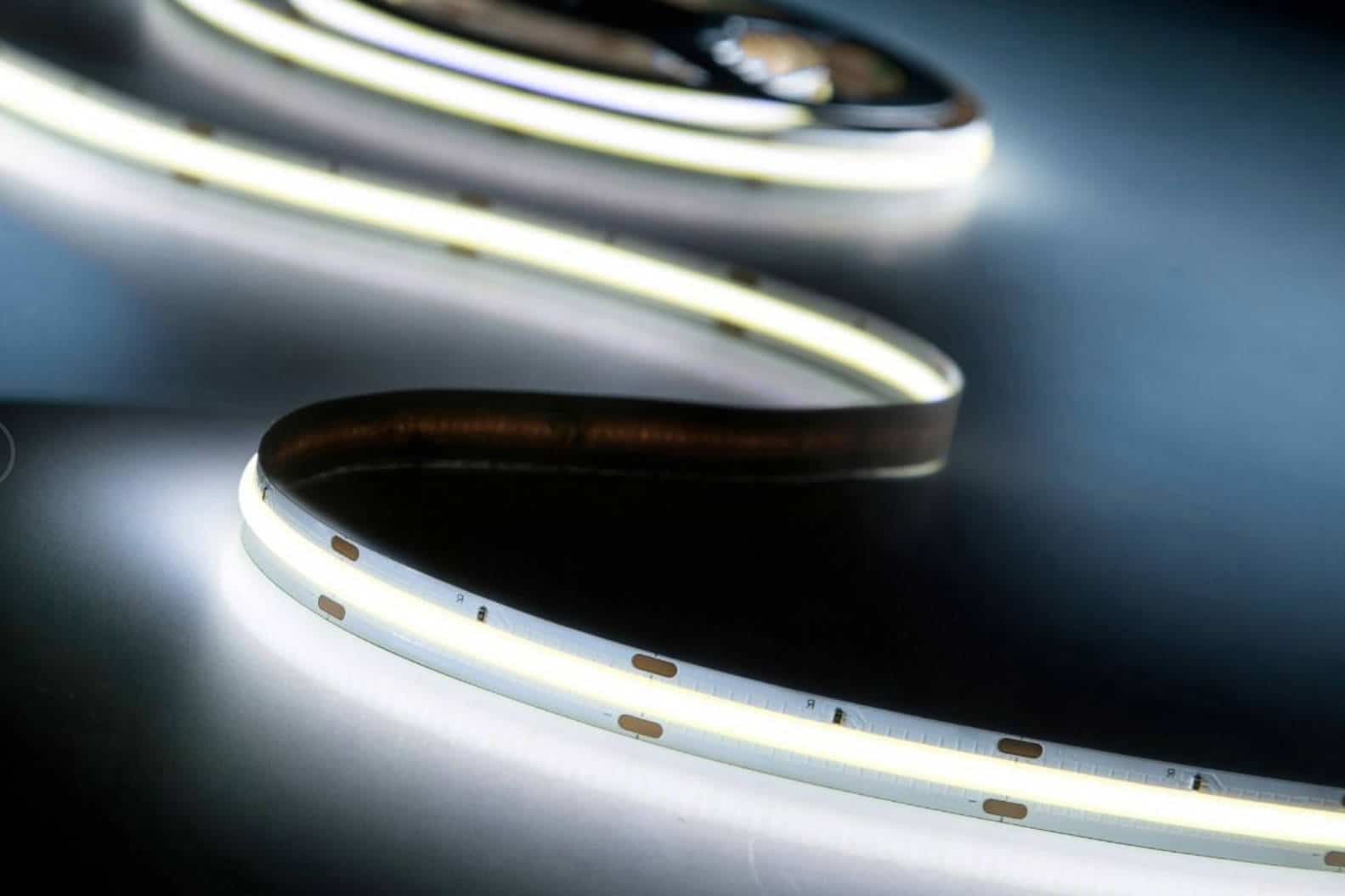 Are you wondering how to install LED strip lights?

Now, it might look a little overwhelming. It might seem like a daunting task, especially if this is the first time you’re doing it. However, you need not fret! Allow us to help you put your LED strip lights up. You might be surprised at how easy it could be!

How to Put Up LED Strip Lights?

Have you always wanted some accent lighting in your room or workspace? Installing these lights might look daunting. However, you’ll see just how easy it could be! With these eight easy steps, you’ll have your LED strip lights up in no time! 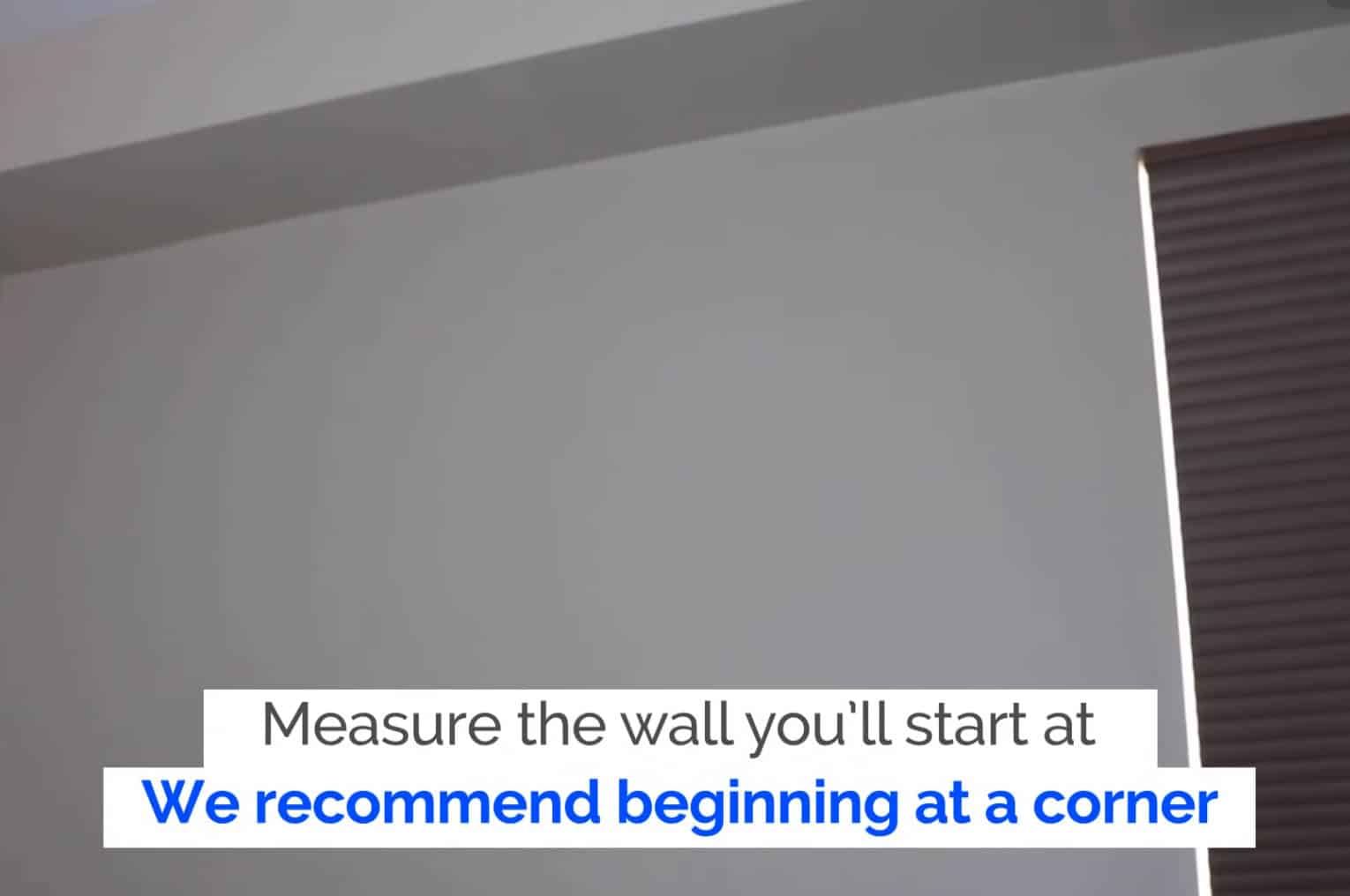 Decide where you want to place your LED strip lights. You also want to determine where you would put the controller and power supply after that. Also, you want to make sure an end would be near an outlet. If not, you might also have to consider an extension cord.

Have an idea where everything will go? You now want to measure the areas where you plan on sticking the LED strip lights. Once you have a number, it’s time to get the strip lights.

These lights come in many different colors, sizes, lengths, etc. Of course, they also come at varying price points from different manufacturers. Take your time in choosing the one for you. 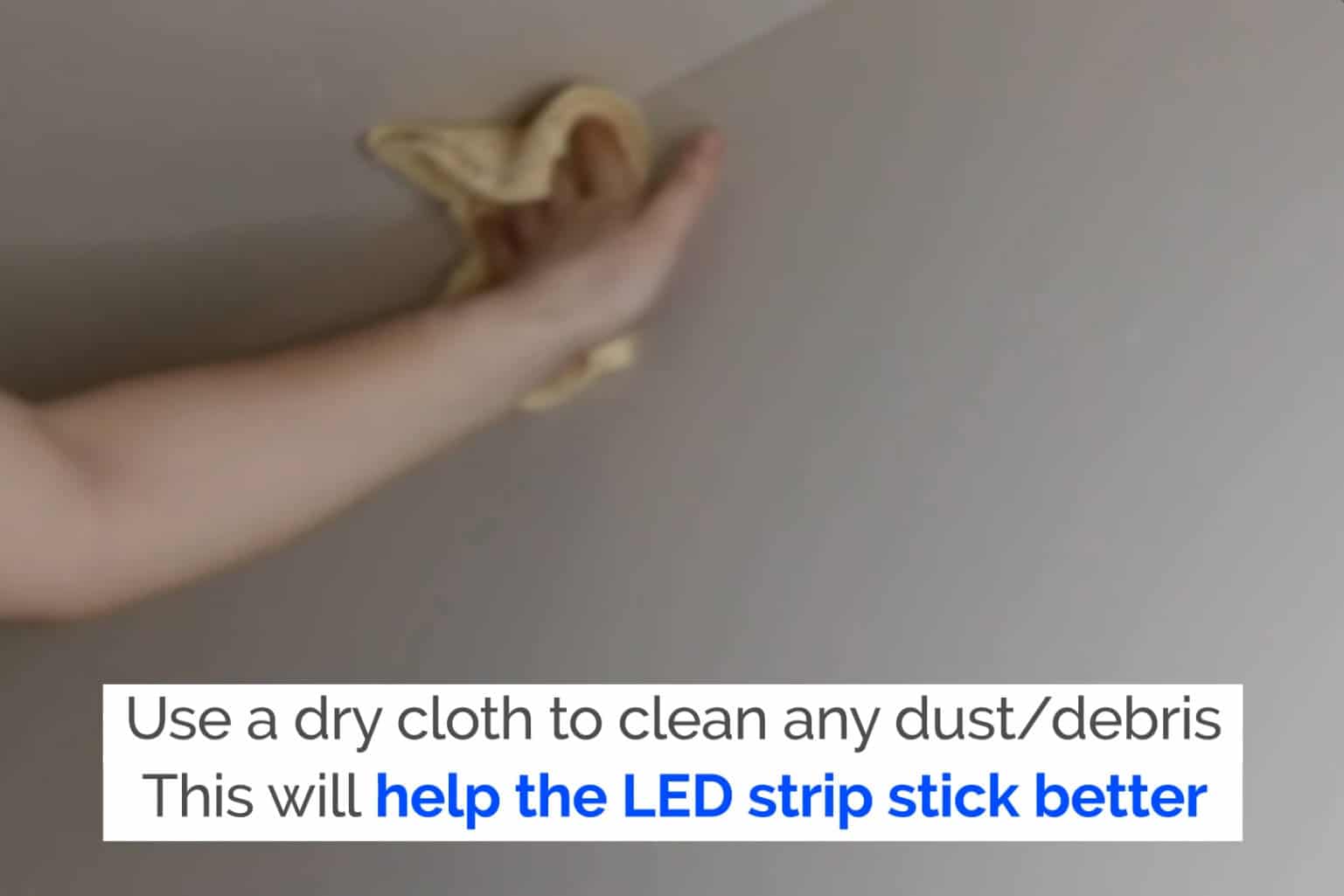 Once you have all that you need, there is one more thing you want to do before attaching your LED lights. Prepare your surface.

Ideally, you’ve chosen a smooth and stable surface to stick your LED strip lights on. Clean the said surface before installation. This step helps in keeping your lights on the plane. 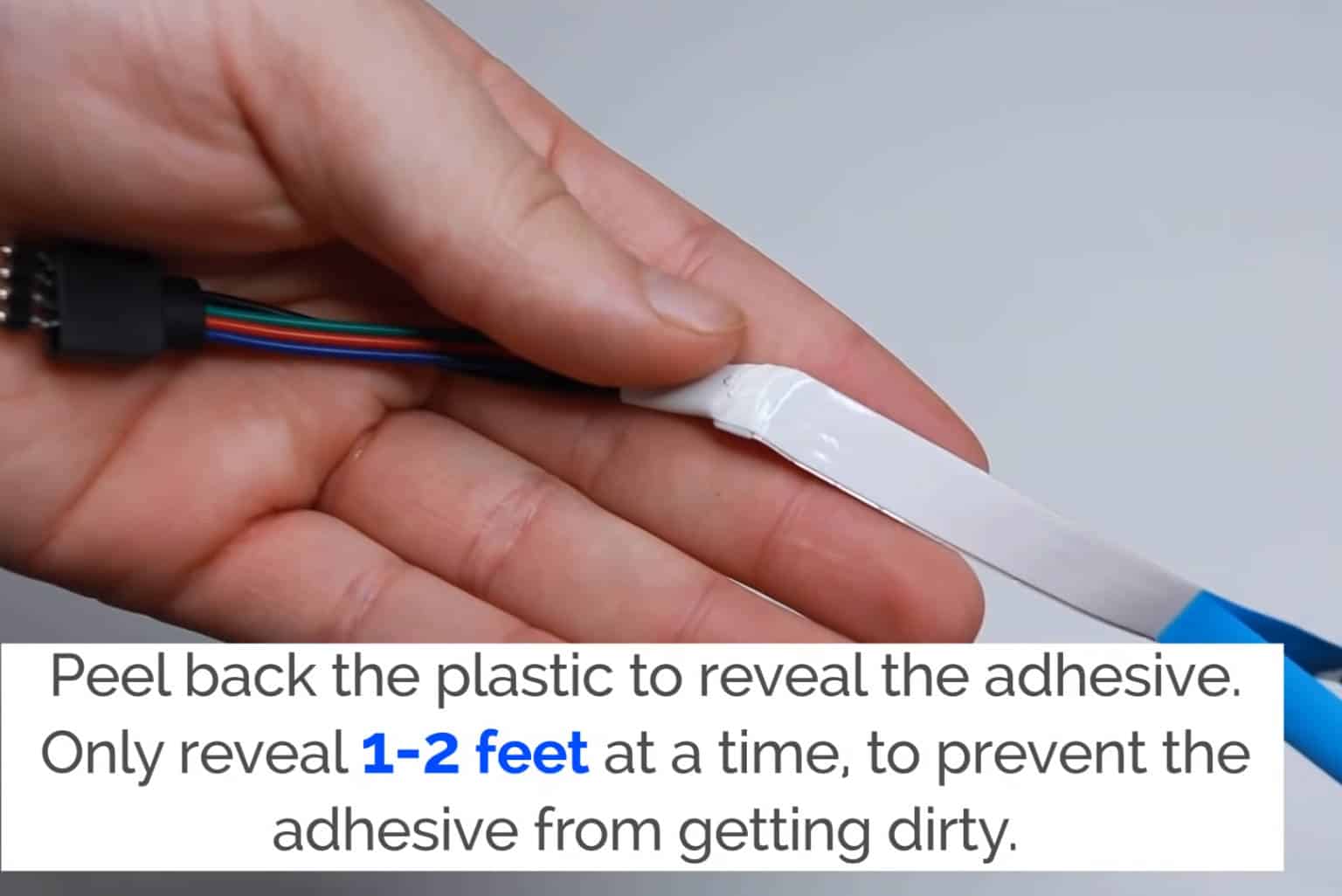 Next, you want to get your LED strip light and unroll it. These lights characteristically already have an adhesive to the back. All you have to do is remove the backing once you’re ready to stick the LED light to your surface.

When placing your LED strip lights, you might want to press down on the strips as you go along. Make sure there won’t be any air bubbles but be careful not to press too hard that you might damage your strip light.

An LED strip light characteristically already has an adhesive on its back, but it is not enough to support the strip for a long time. If you want to make sure your strip lights stay mounted, you might want to consider this step. If not, feel free to move on to the next step.

There are multiple ways to make sure your LED strip lights stay up. One way would be to use fixing clips or mounting brackets. There are stick-on types of these accessories.

However, as you might expect, they would help hold your lights up for a while, but they would eventually give up too. In that case, you might want to opt for the screw-on type.

Still, you might also consider opting for a channel. They’re undoubtedly a durable option among the many accessories, and it often comes with a lens.

The lens acts as both a protective covering and a light diffuser. Don’t want to see dotted lights along your walls? Consider getting a channel. 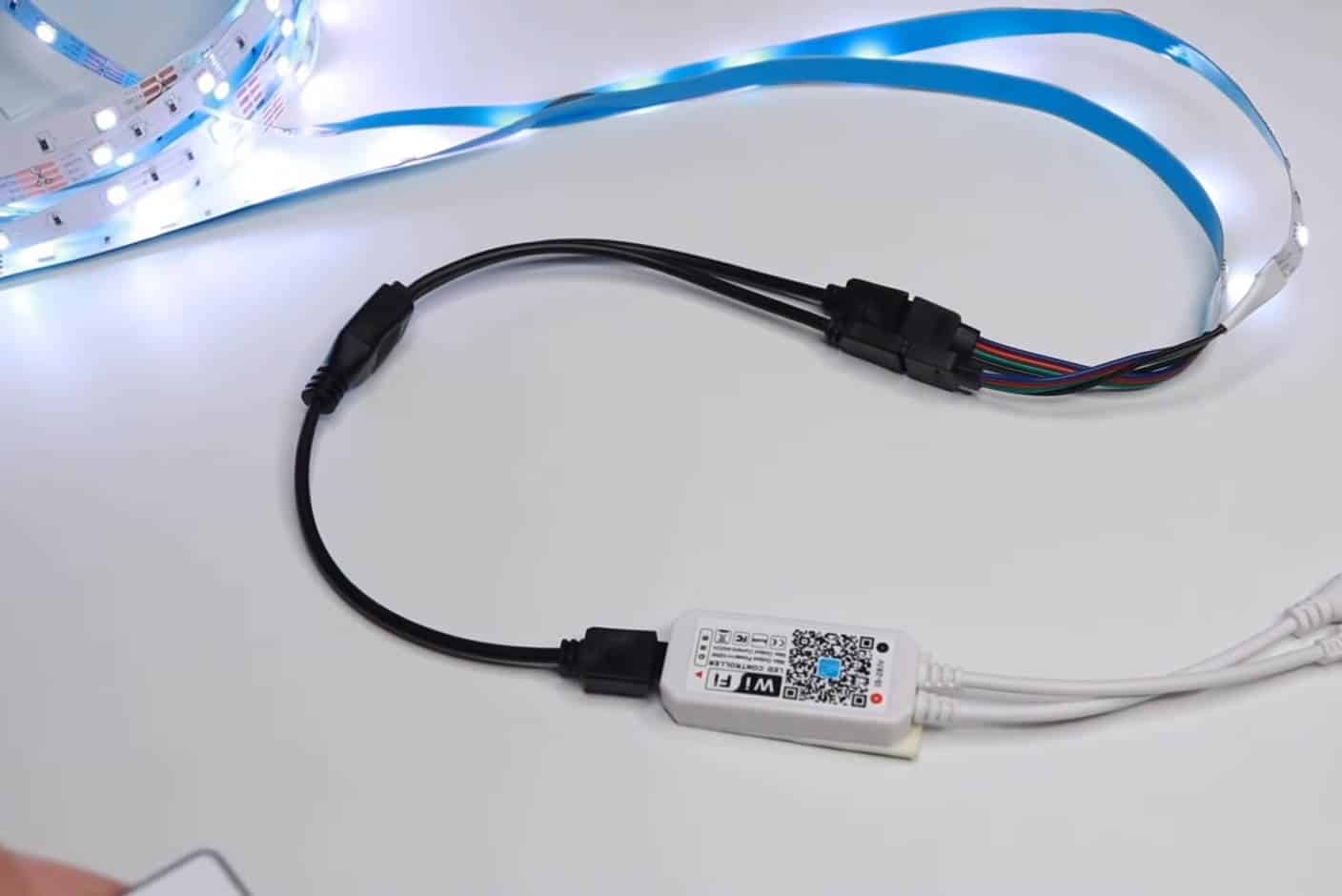 Once your LED strip lights are up, it’s time to attach them to a controller. There are several ways to do this step.

However, if you’ve never done any electrical work, or you’ve never dealt with wires, we highly suggest buying a kit or a ready-to-use one. With these kits, you only have to plug your LED strip light into the controller.

On the other hand, using solderless clamps and low voltage cables might be the easiest way to go if you don’t have the kit above.

Ideally, you’ll be working with someone who knows a thing or two about wiring if you go with this method. It’s easy, but still, safety first, of course.

With the latter method, locate the long and short ends of the clamp first. After finding the shorter end, you want to insert your LED strip on that side and lock it. Next, move on to your wires.

Peel both ends to some degree and strip one end. Insert the unstripped end on the longer end of the solderless clamp. Make sure you put each wire in the right slot!

Finally, you’ll have to insert the stripped end on the controller and tighten it. Again, make sure each one is in the right place!

Attaching the LED strip lights to the controller is the 5th step in this guide. However, if you’re doing the latter method, you might want to bump it up to the third step, especially if you plan on attaching the controller to the wall.

Doing the second method on a table or the floor is more convenient, especially if this would be the first time you’d be undertaking a task like this one.

After fixing the LED strip lights and controller, we now move on to the power supply. You might have to screw them on again. However, it’s easy to find a power supply that you only have to plug in. 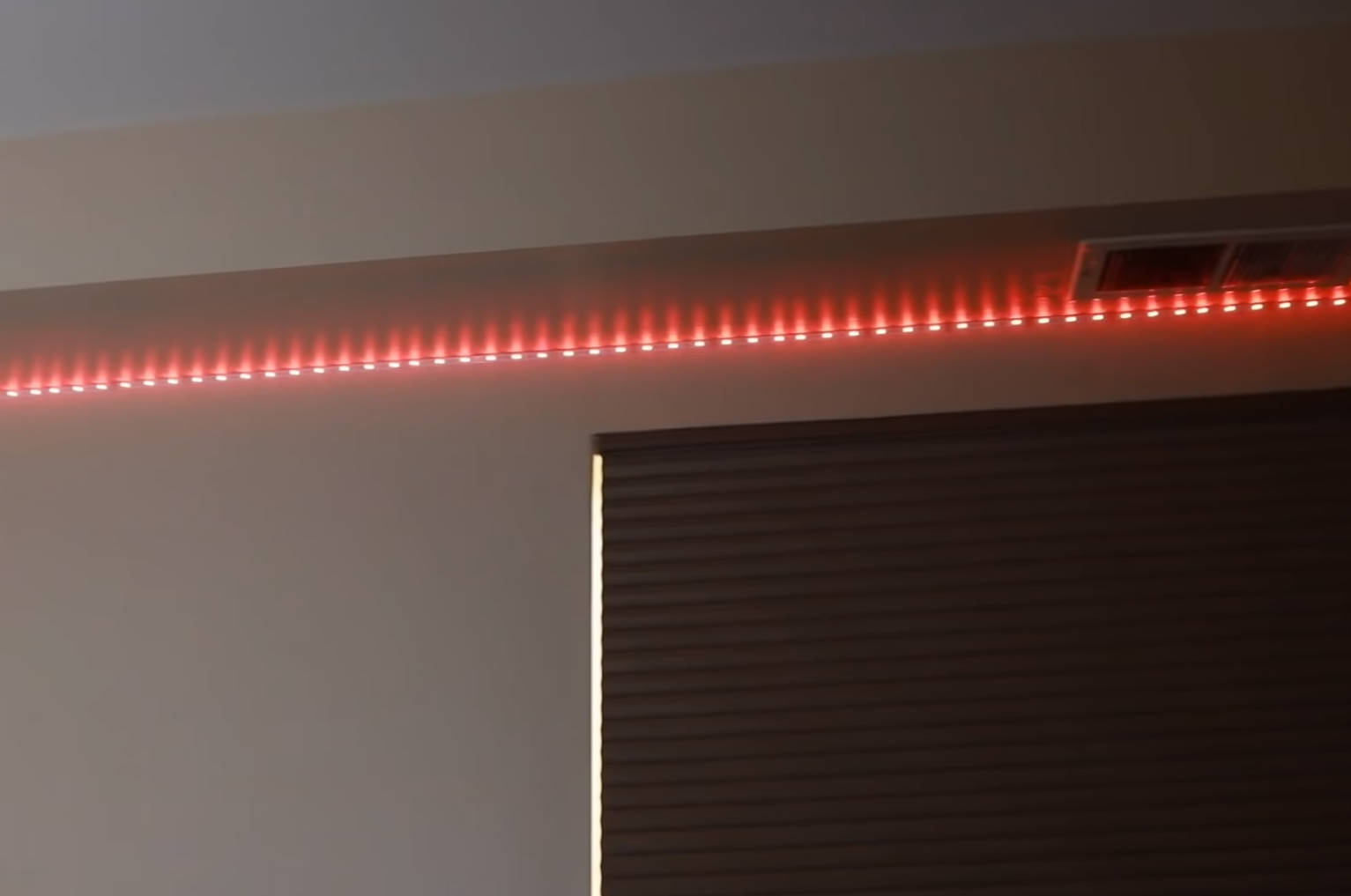 Leave it on for a few minutes while inspecting the whole thing again to make sure everything is working mighty fine!

Once everything is working, it’s time to enjoy your new LED strip lights. And hey! You might even want to show your hard work to your friends and family!

Things to Keep in Mind

We’ve run through the step-by-step process of how to install LED strip lights. Here, let’s talk about some things you might want to keep in mind in projects like this one. 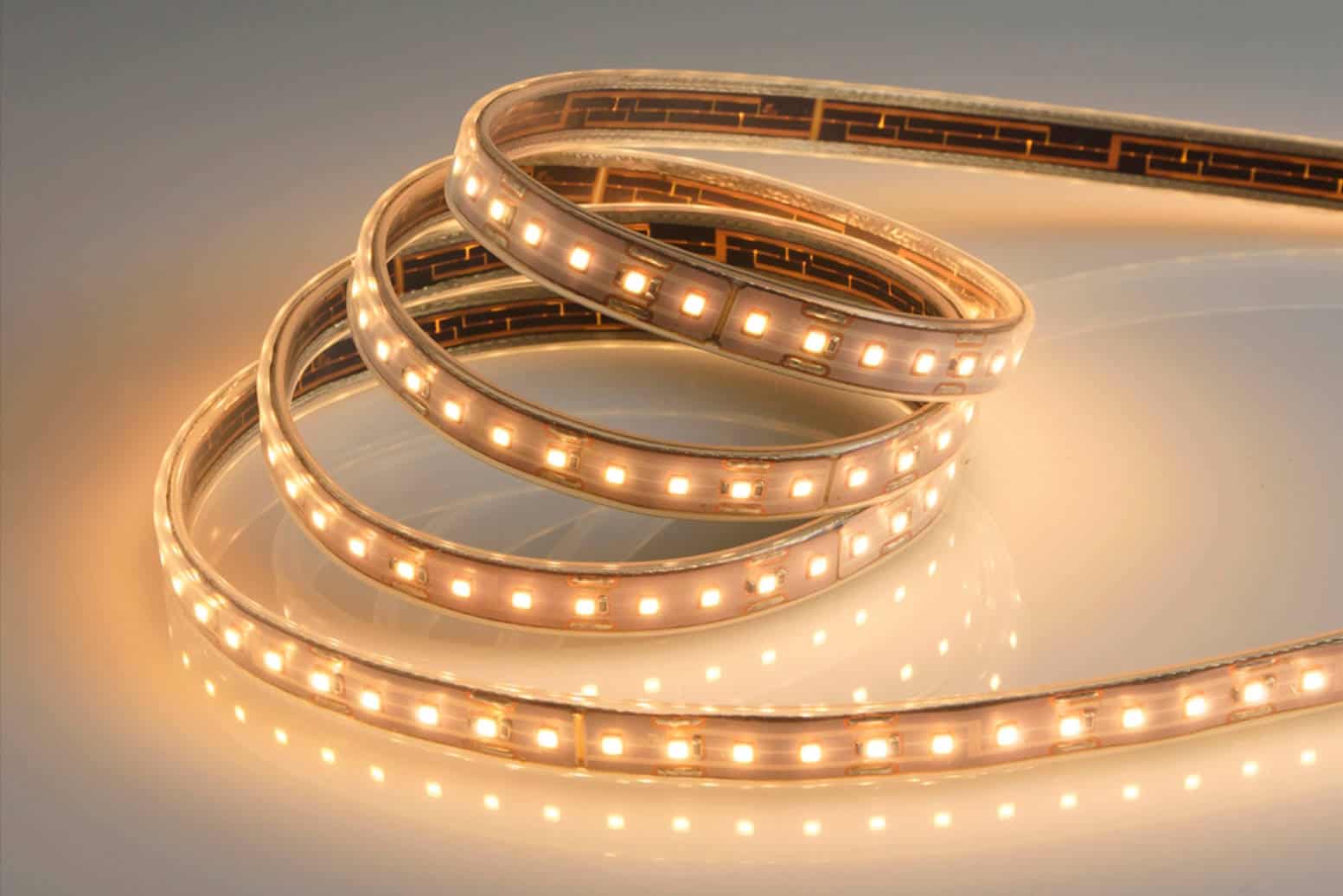 Test your LED strip lights before and after installing them.

It is important to test your LED lights before installing them. This way, you will ensure that your hard work will not be wasted. However, don’t test your LED strip light while it’s still rolled up.

For one, you won’t be able to inspect every part properly. Additionally, it might also damage the strip lights. Before you test your LED strip light, make sure you unravel it.

On the other hand, it is also important to test your LED strip light after you’ve installed it before you fully put it to use. This way, you can be sure it’s safe.

You can cut it and trim it, and it would still work. As you might have already noticed, LED strip lights are a little like fairy lights. However, there is a stark difference between the two lights. For example, if you cut the latter, it will not work anymore.

If you wish to trim and only use a portion of your LED strip lights, there are only two things you might want to keep in mind. Cut between the designated copper dots, and make a clean cut.

An uneven snip might damage a section and render it useless. If ever you run into this kind of problem, you don’t have to worry. You only need to trim the damaged parts, so you won’t have to throw the whole roll away.

Make use of connectors!

Connectors are handy for practical reasons, such as connecting LED light strips between gaps. However, they could also be for aesthetic purposes. Do you want to style your strip lights? A connector would come in handy!

It’s easy to assume that these lights can only be installed in a room. However, you can also use it to upgrade your vehicle! If you’re thinking of ways to upgrade your ride, then you might want to consider installing some LED strip lights in there!

How to install LED strip lights? Well, as you’ve seen, it wasn’t so hard now, right? Facing a new task might look challenging, but with your new LED strip light installing knowledge, we believe you’re ready to tackle this job!

Did we help shine a light on this concern? If so, we invite you to check out our other shiny discussions. We might have the bright idea you need!