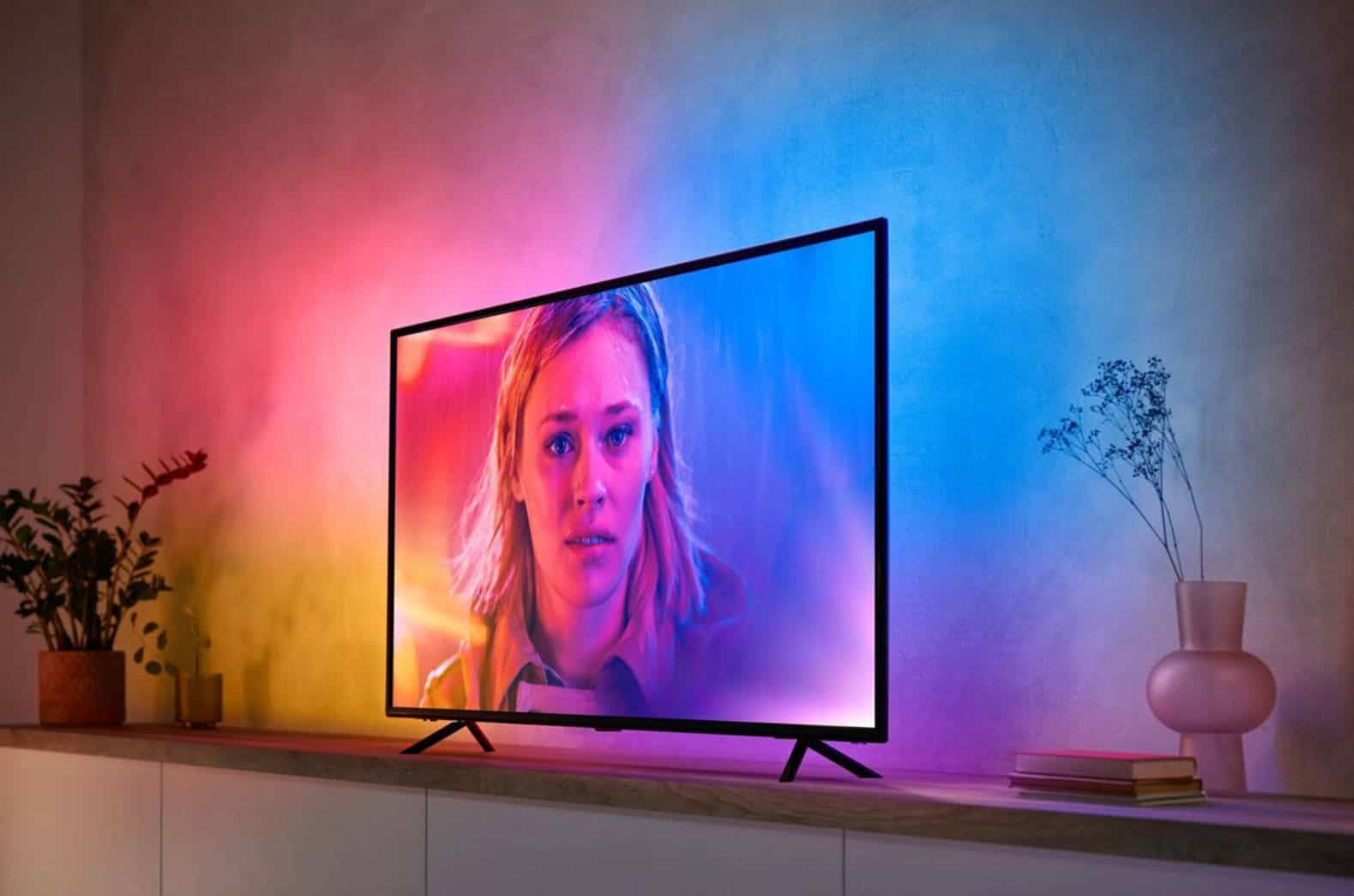 Led lights’ popularity as a home décor grew throughout the years. We can often see them lining the rooms and furniture.

If a guide on how to put LED lights on tv is what you are looking for, you came into the right place. This article will tell you all about installing LED lights on your television.

3 Types of LED Lights for Your TV

When putting LED as a backlight setup, you can choose three LED lights: LED light strips, TV LED backlight, and LED light bars. They vary on attachments and features.

Read further down as we elaborate on the three kinds of LED lights you can choose from.

What are LED Light Strips? 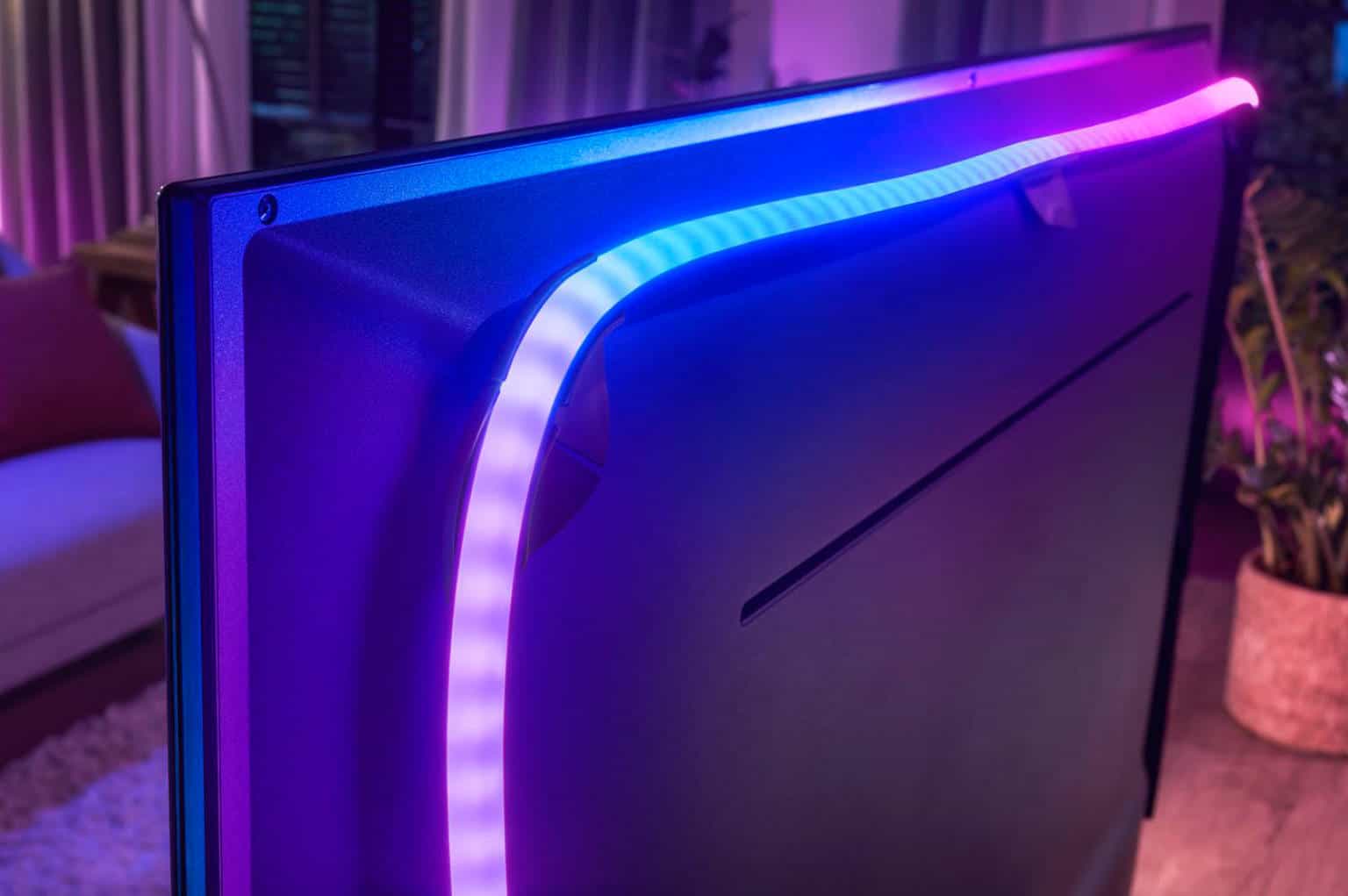 The LED light strip is the most common in the market. They are commonly used to line rooms and furniture. LED light strips are the lights you can often see with media influencers.

They are relatively easy to install and cheap. LED light strips mostly use remotes and smart apps for control.

How to Install LED Light Strips on TV?

Step 1: Measure Out Your Television

You can use a measuring tape to gauge the needed length of your LED light or use the strips directly. 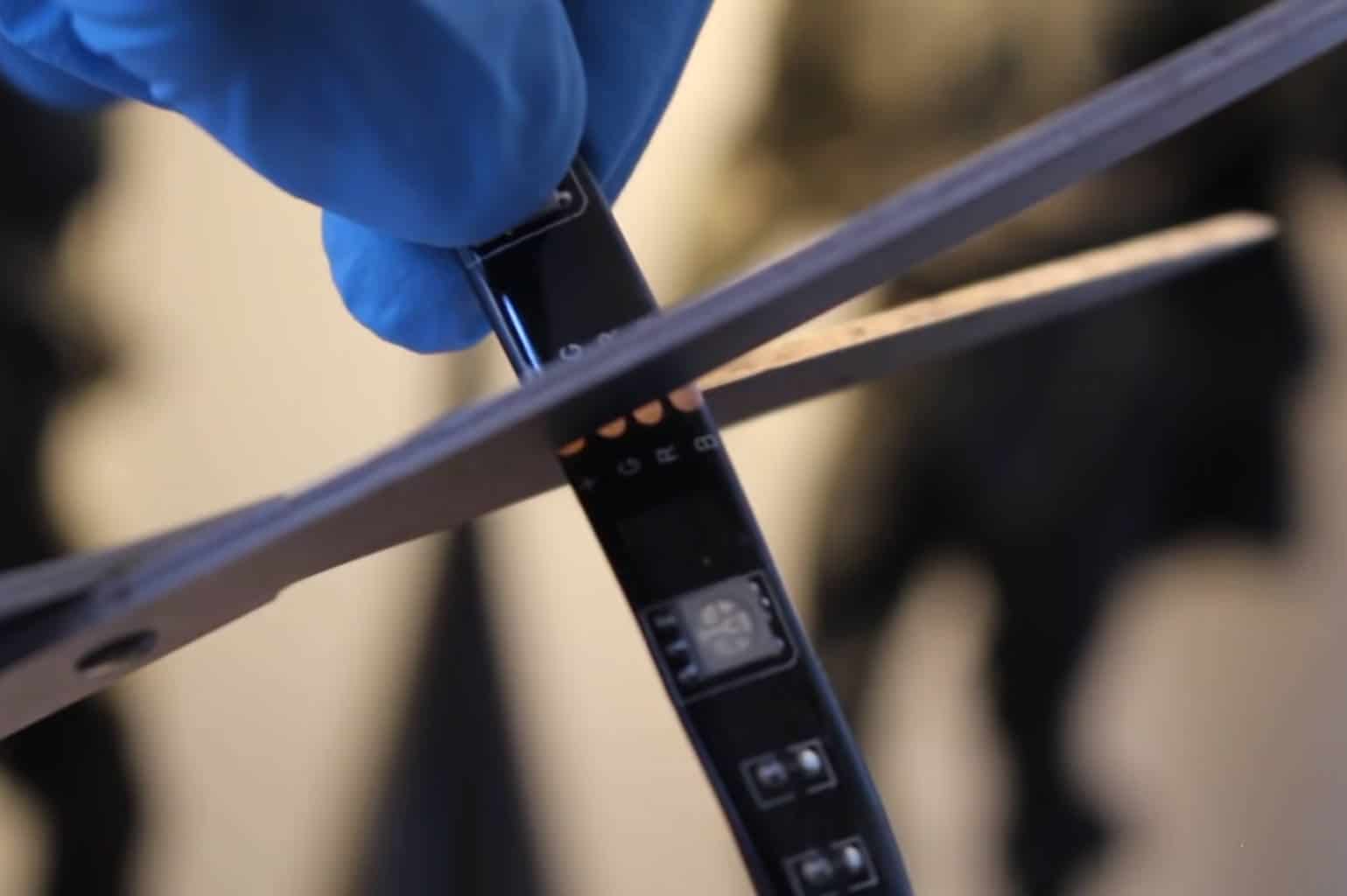 Don’t randomly cut your LED strips as it might result in some of the lights not working. You can easily cut the LED light strip with a scissor.

Step 3: Clean the Backside of the TV

To let the LED light strip stick into the backside of your tv, make sure that there is no dust or debris present in your appliances. The dirt might cause the adhesive not to stick. 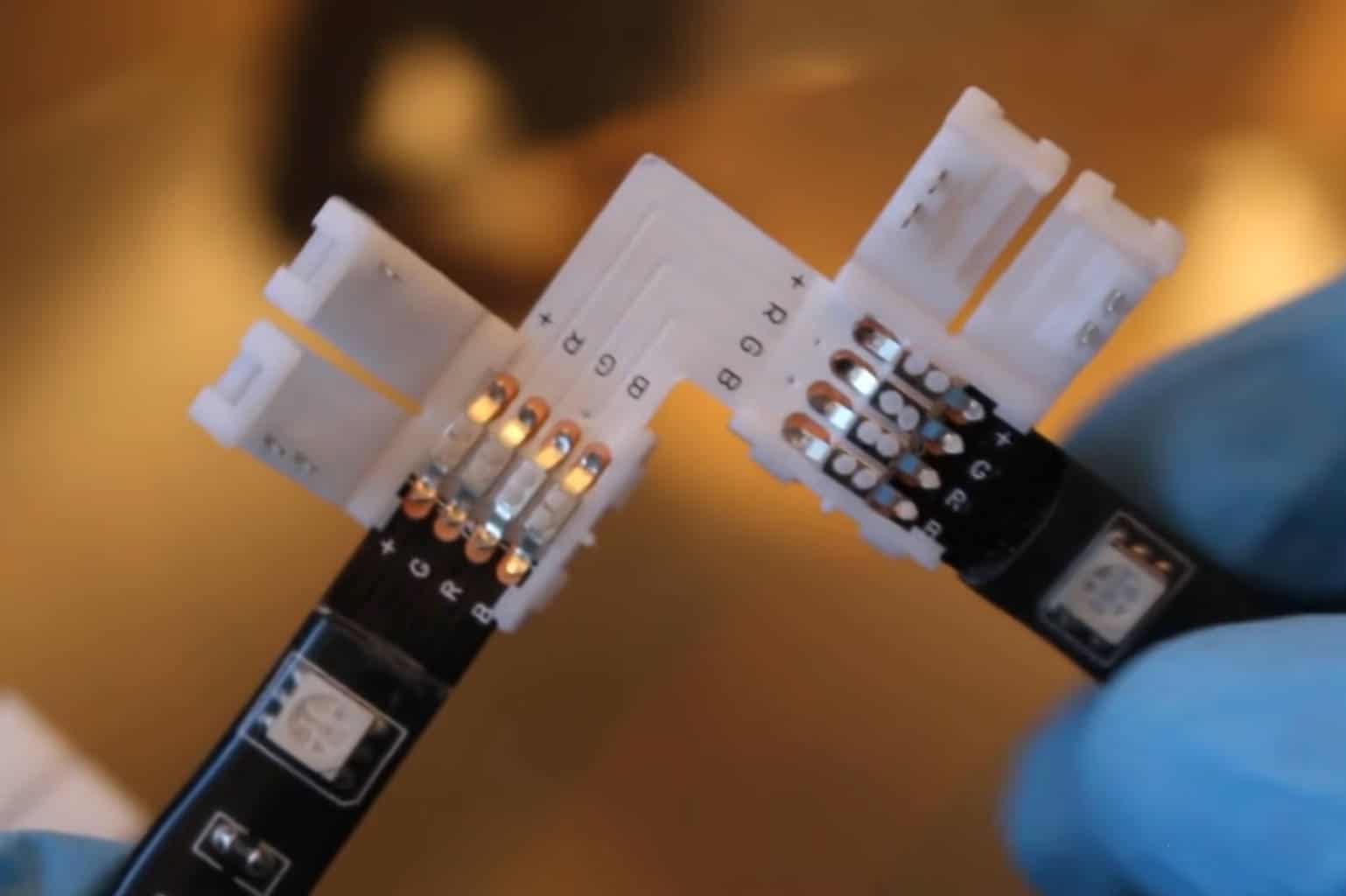 Next comes the attachment process. You can attach your LED light strips in many ways. You can directly place them on the back of your television with an adhesive or go for a LED light connector.

To attach the LED light strip with a connector, you need to have:

Step 5: Connect the LED Lights to the Power Source

Last but not least, you’ll need to connect your LED lights to the power source. Turn on your LED light with the remote and enjoy your new light setup.

If you still have difficulty doing the process, you can check out this tutorial.

LED Light Strips You Should Try

One of the most popular brands of LED lights, Govee also has a standard LED light strip that you can try out. These units include features such as:

These 65.6ft LED light strips are cheap but a quality product. The Tenmiro LED strip lights are incredible if you are new to LED lights. 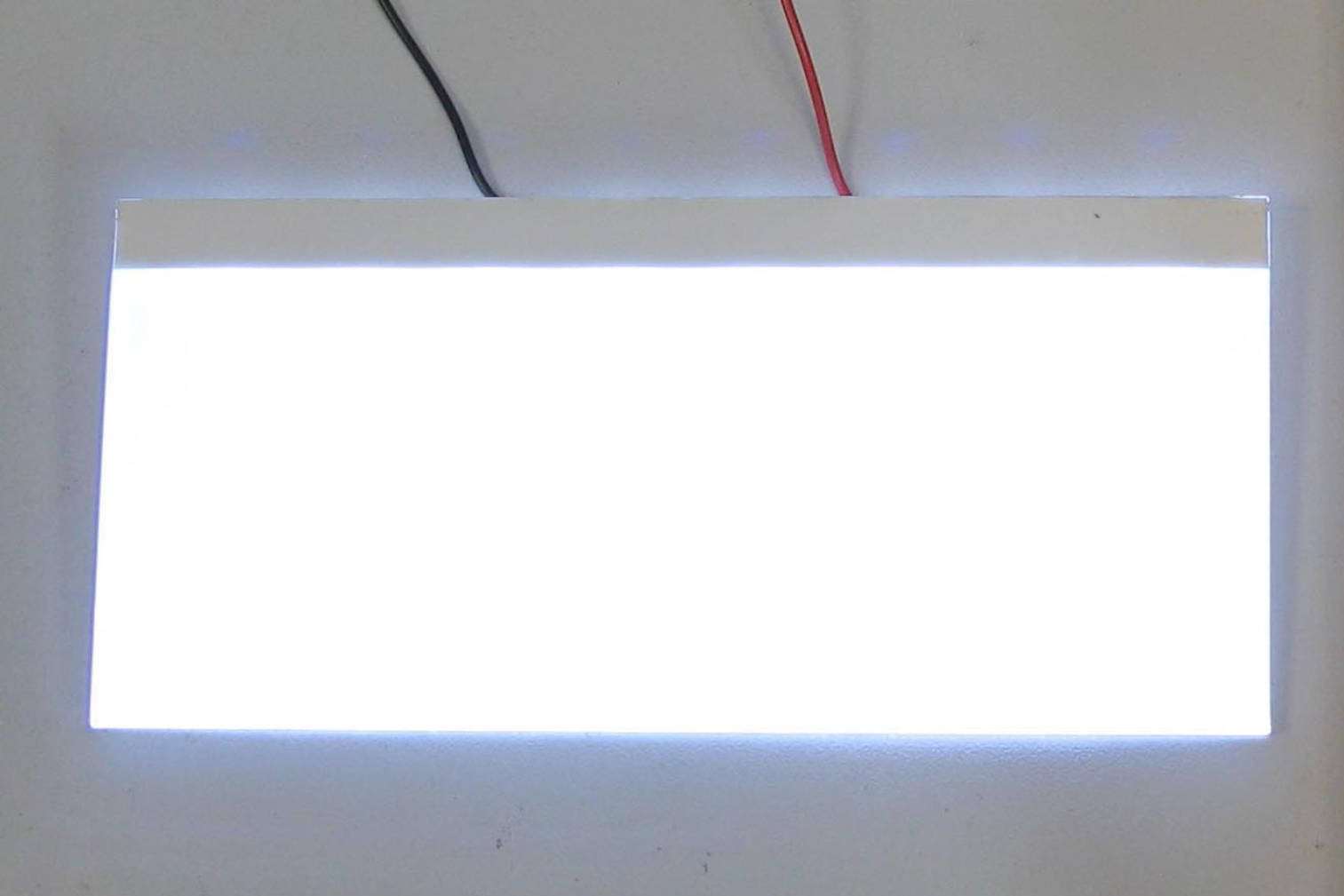 With the rise of the popularity of LED lights comes the innovation of the product. Television LED backlight is a light setup designed to be put in the corners of your tv.

You don’t need to design your LED light strips when you get the TV LED backlights as they have the right design to be fit on the four corners of your television.

Some television LED backlights have more capacities and features than the standard LED light strips. For example, most backlights have Bluetooth control on phones rather than remotes.

Immersive color capturing is also one of the primary features of LED backlights. It’s a feature that mimics and captures the most prominent color on your screen and emits it in the backlight in real-time.

How to Install TV LED Backlight?

To install a TV LED backlight, you will do almost the same process as you do with LED light strips. However, some might be different from model to model. As a benchmark, this installation guide will be based around immersive tv LED backlights such as the Groove Immersion TV LED backlights.

Step 1: Clean the Backside of your TV

Since tv LED backlights have a precut measurement, you don’t have to cut them unless the size doesn’t fit your television unit. Cleaning the dust is an essential part of letting the adhesive stick correctly.

Gently stick the LED backlight on the back of your television.

Use the adapter to connect your LED backlight to the power source.

TV LED Backlight You Should Try

Are you interested in trying LED backlights? Well, we got you. Here are the top five TV LED backlights we recommend, along with their pros and cons.

The Govee Immersion TV LED Backlights with a camera is one of the most popular TV LED backlight setup options. Here are some features that you will get with this LED backlight:

The Nexillumi LED lights to feature more straightforward than the Govee Immersion LED backlight. It functions mainly like common LED light strips but with more uncomplicated installments. Some of the features are:

What are LED Light Bars? 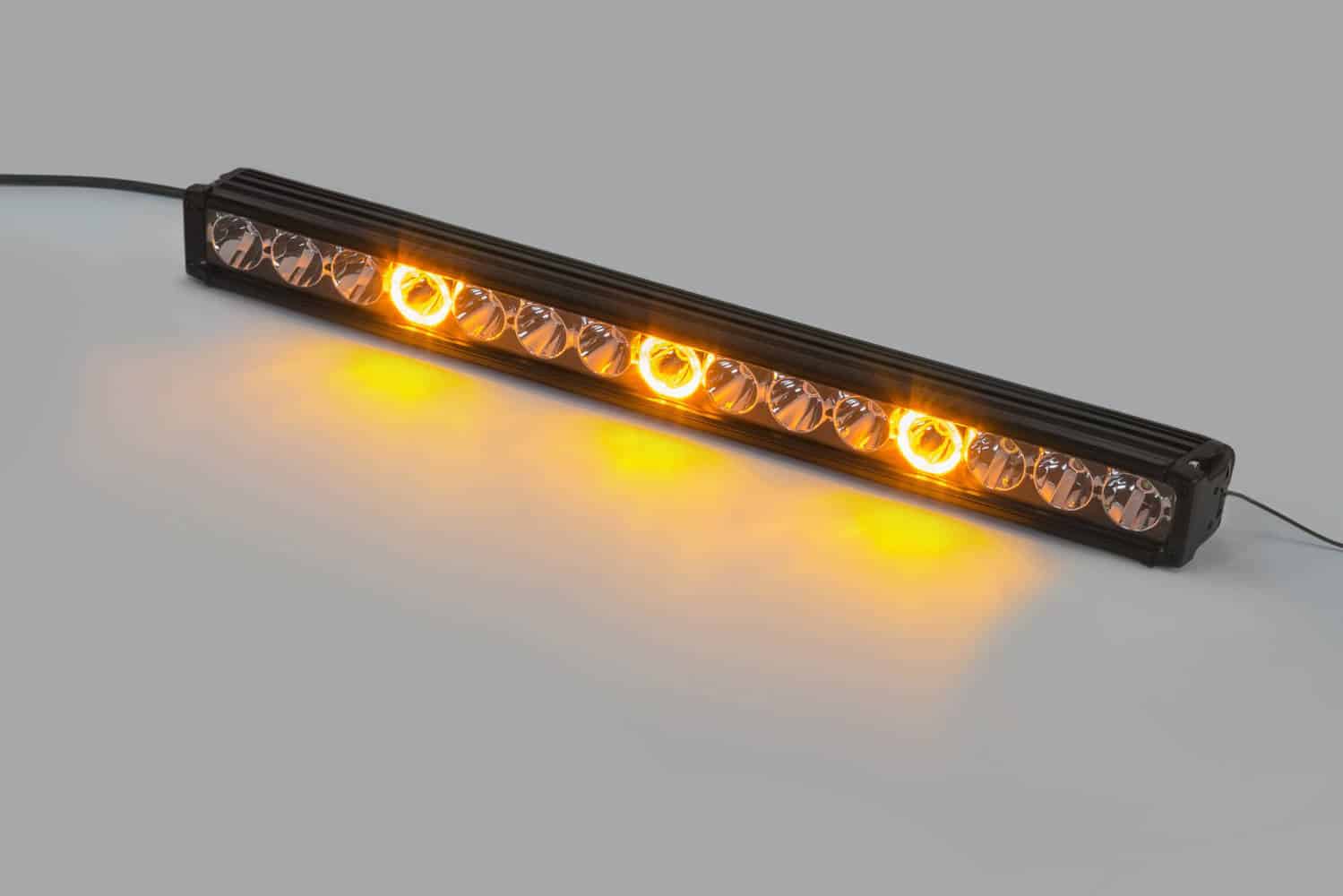 LED light bars resemble the standard light bar you will find in your home. These types of backlights are very versatile as you can use them on countertops as decoration. They are great for ambient lighting.

How to Install LED Light Bars on TV?

Most light bars are very versatile with their installation option. You can put them on a tabletop but installing them in the back of your television is also an option.

If you are looking forward to attaching your LED light bars on your tv, here’s a tutorial for it:

Step 1: Clean the Backside of the TV

Same with the other guide, you should always clean the place to install your LED backlights.

Since light bars are much heavier than LED light strips, they need attachment support to lift their weight.

Once you attach the attachment support, install the LED light bars. They are relatively easy to install, so it will not take too much time.

Step 4: Connect the Light Bar to the Power Source

Lastly, connect the LED light bar by using the adaptor. Depending on the unit you have, you can connect your LED lights through Bluetooth or wi-fi.

Then, you’re done. That’s how to install an LED light bar.

LED Light Bar You Should Try

Govee Flow Pro-light bars are one of the most advanced light set up with CameraSense technology. Almost the same with Govee Immersion TV backlights, Govee Flow Pro has a camera that tracks and emits the color from your television in real-time. It’s an incredible immersion tool to have in your tv setup.

Jizbuger Smart LED light bar is an incredible companion for gaming or playing music. The LED light bar changes and displays light through the rhythm of your music or gaming sounds.

When working with electronics, we want to ensure that we do things properly. This also applies to the installation of your LED lights. Whether you choose to use LED light strips, backlight, or light bars, we hope this tutorial helped you tremendously.