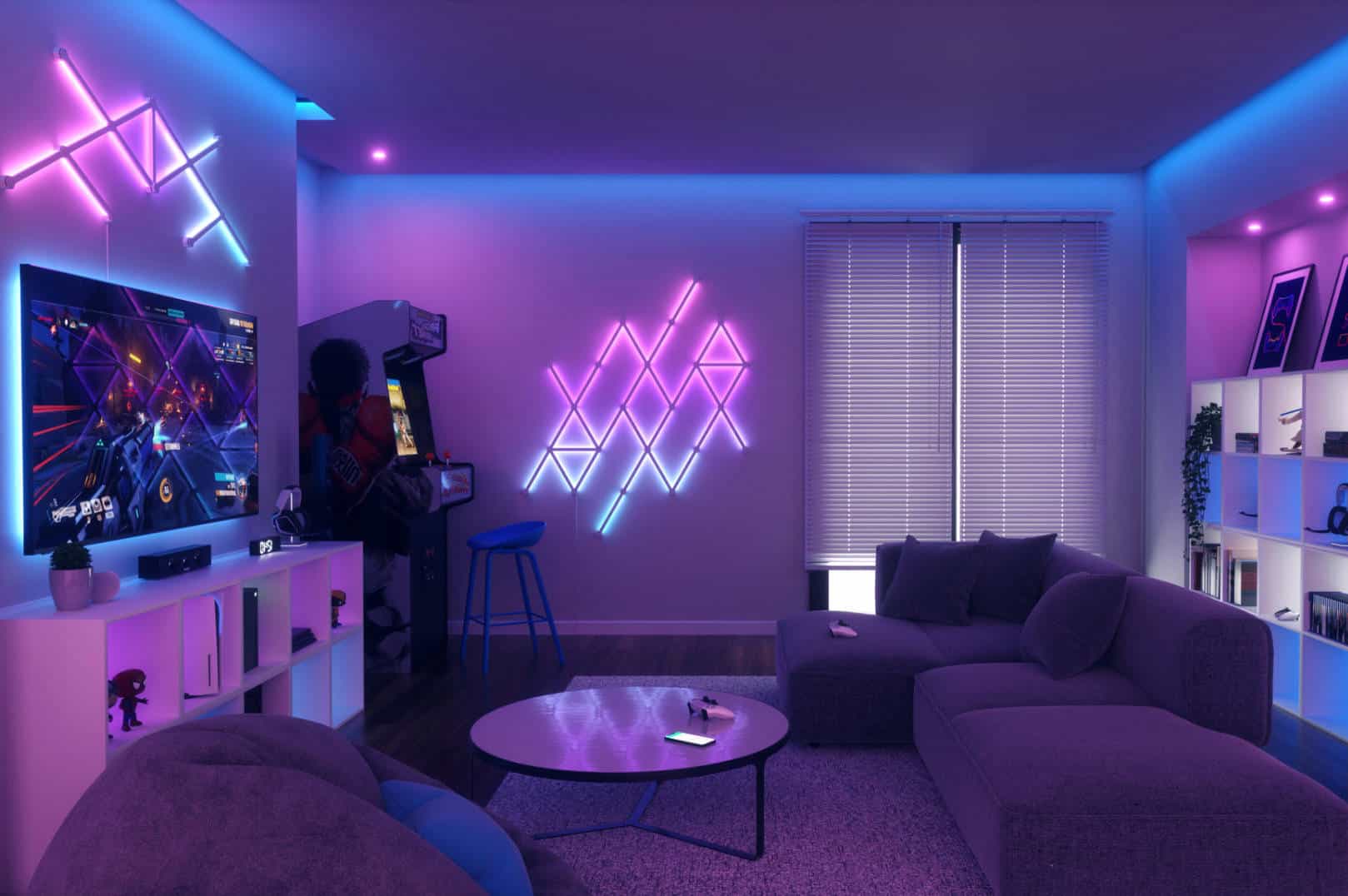 Are you wondering how to sync LED lights to music? Well, we could help you with that! Just when you think LED lights couldn’t get any better. They apparently could! Allow us to show you the three easy ways to get your LED light bopping to the beat.

Turn on your favorite tune, and let’s get your LED lights twisting and turning!

3 Easy Methods on How to Sync LED Lights to Music

We’ll be showing you three methods. One would undoubtedly be easier than the others, but all of them are very much doable. 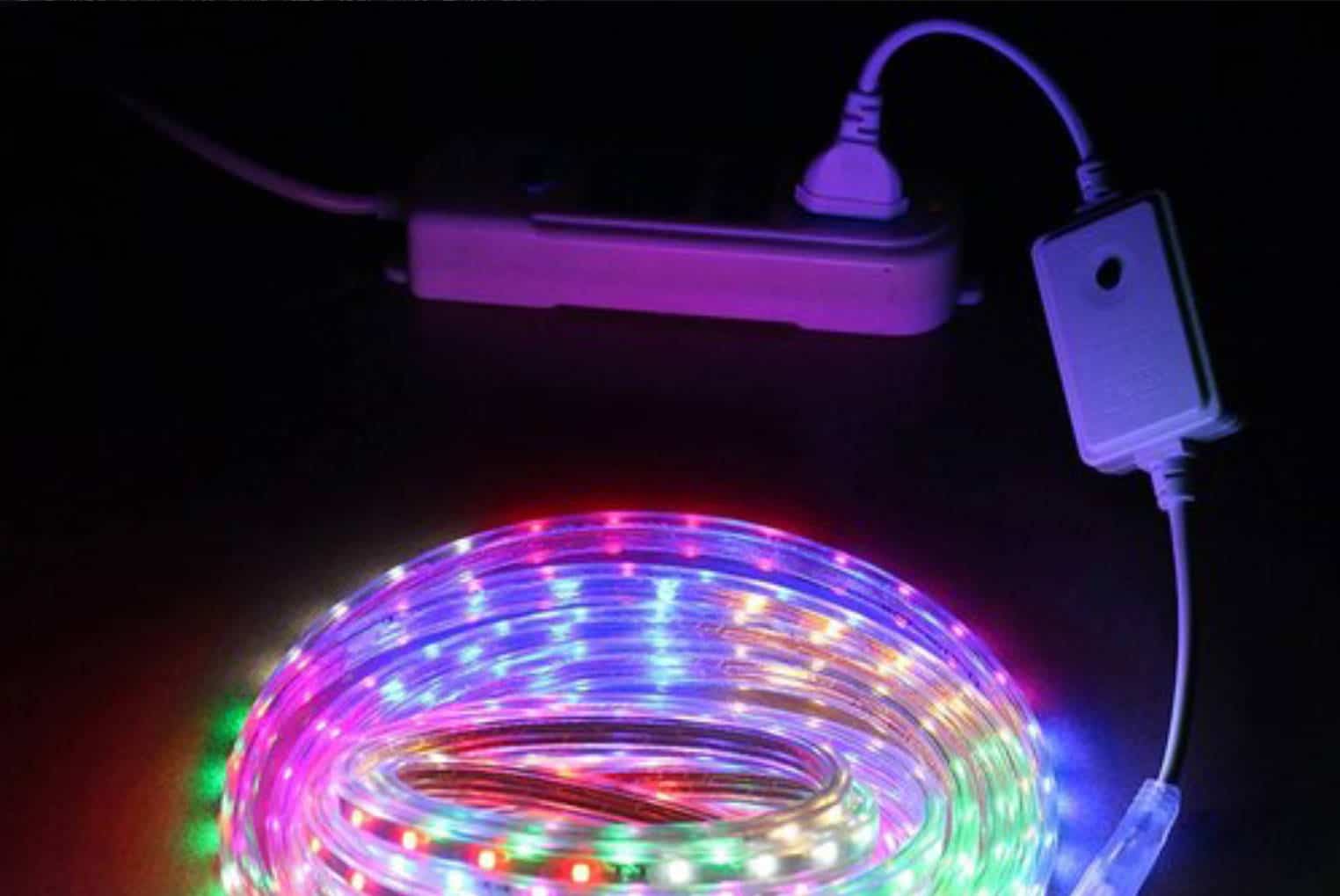 This first method is the easiest way to go. You won’t have to worry about any wiring and such. You practically just have to get some LED lights.

There are many types of LED strip lights on the market. You have a wide range of choices. You could most probably achieve your goal with the first one you could grab off the shelf.

As we’ve said, there are many types of LED lights out there. You might be surprised, but there is also one for this specific purpose. You don’t have to worry. They’re not hard to find.

If you want to save some time, or you’re not a techy person, you might want to look for music syncing LED lights. These lights usually have a built-in microphone that’s sound-sensitive.

You won’t have to worry about any configuration if you opt for this one. With a tap of a button and some music, you’ll get your LED lights up and dancing.

All you’ll have to concern yourself with, with this one would be the installation. Which, again, you won’t have to worry about. You can install these lights the same way you’d install any other LED lights.

You might only want to strategically place the controller (as this is where the built-in microphone usually is) where it would be able to pick up the music you’re playing.

There are other things to consider when deciding where to place the controller box. We’ll talk more about this topic later.

Things to Keep in Mind with Music Syncing LED Lights

There are many different types of music syncing LED lights. Some might only do their main job of bopping to the beat, while others have additional features. Some could only flicker, while others could also change the light color.

There are also different brands and manufacturers to consider. Additionally, they also come at varying price points.

Keep these things in mind while deciding which one to get. You might want to do some research and view some reviews for the LED music syncing lights you’re eyeing before making the purchase.

Method 2: Connecting the LED Lights to a Speaker 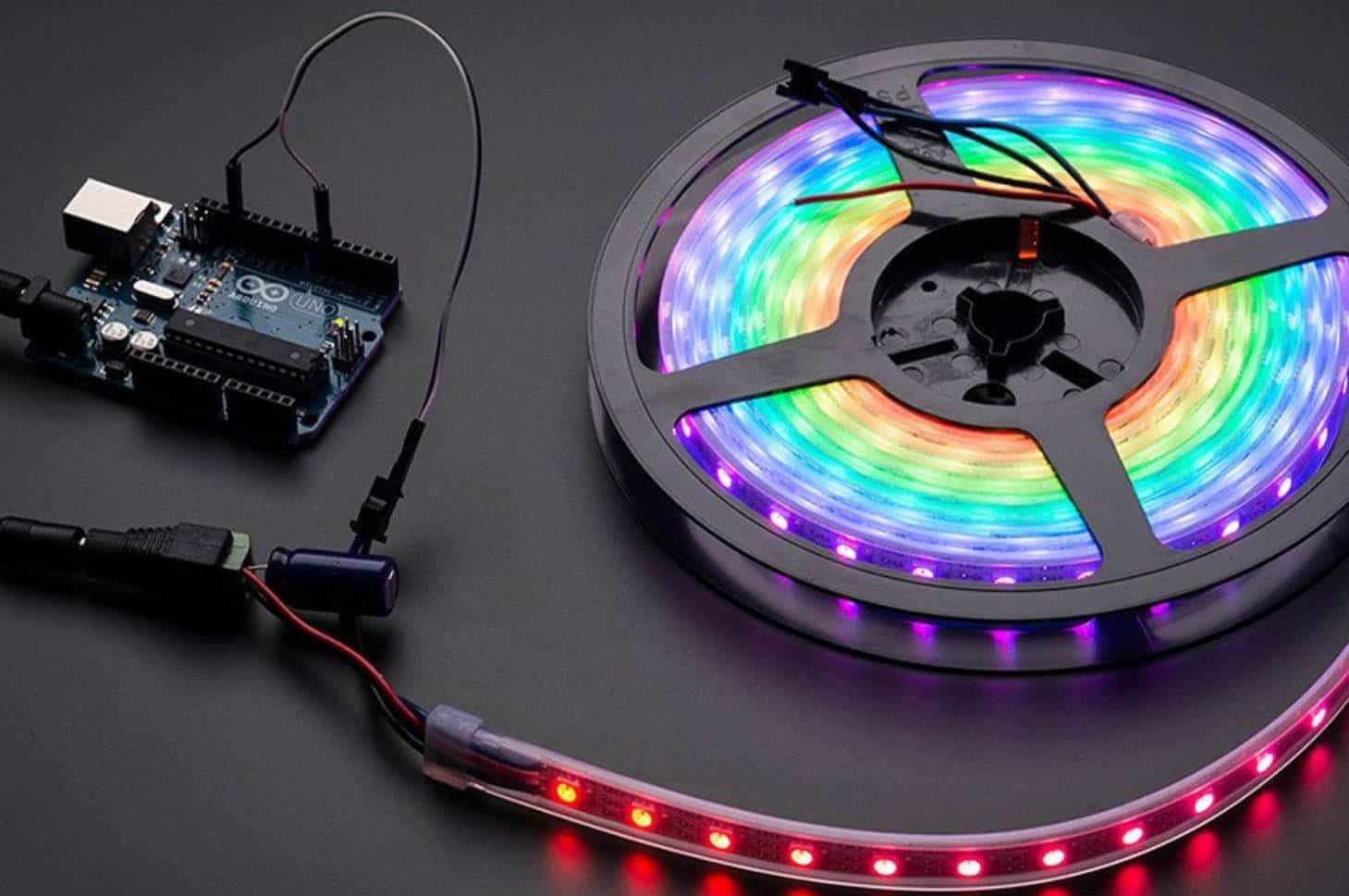 Now, there is another method. If you have ordinary LED lights lying around, and you know a thing or two about wires and such, then you might want to go for this method instead.

First, you want to find the wires on your LED light and the speaker you’re going to use.

Next, strip your wires with a wire stripper. If you don’t have one around, you can also use scissors, a cutter, or even a knife. Just make sure you won’t accidentally cut through the wires!

After that, twist the wires. In this step, you want to ensure you’re putting the proper wires together. We might be dealing with low voltage here, but you might want to ensure your LED lights or speakers are not connected to a power source.

Next, you want to get some electrical tape and secure the connection you made. You might also want to use some heat shrink cover.

However, before putting the added protection, you might want to test your finished product first. Once everything is working fine and dandy, you can put your heat shrink cover then.

Finally, you can enjoy your new bopping LED lights. However, check out the next portion before you do so. 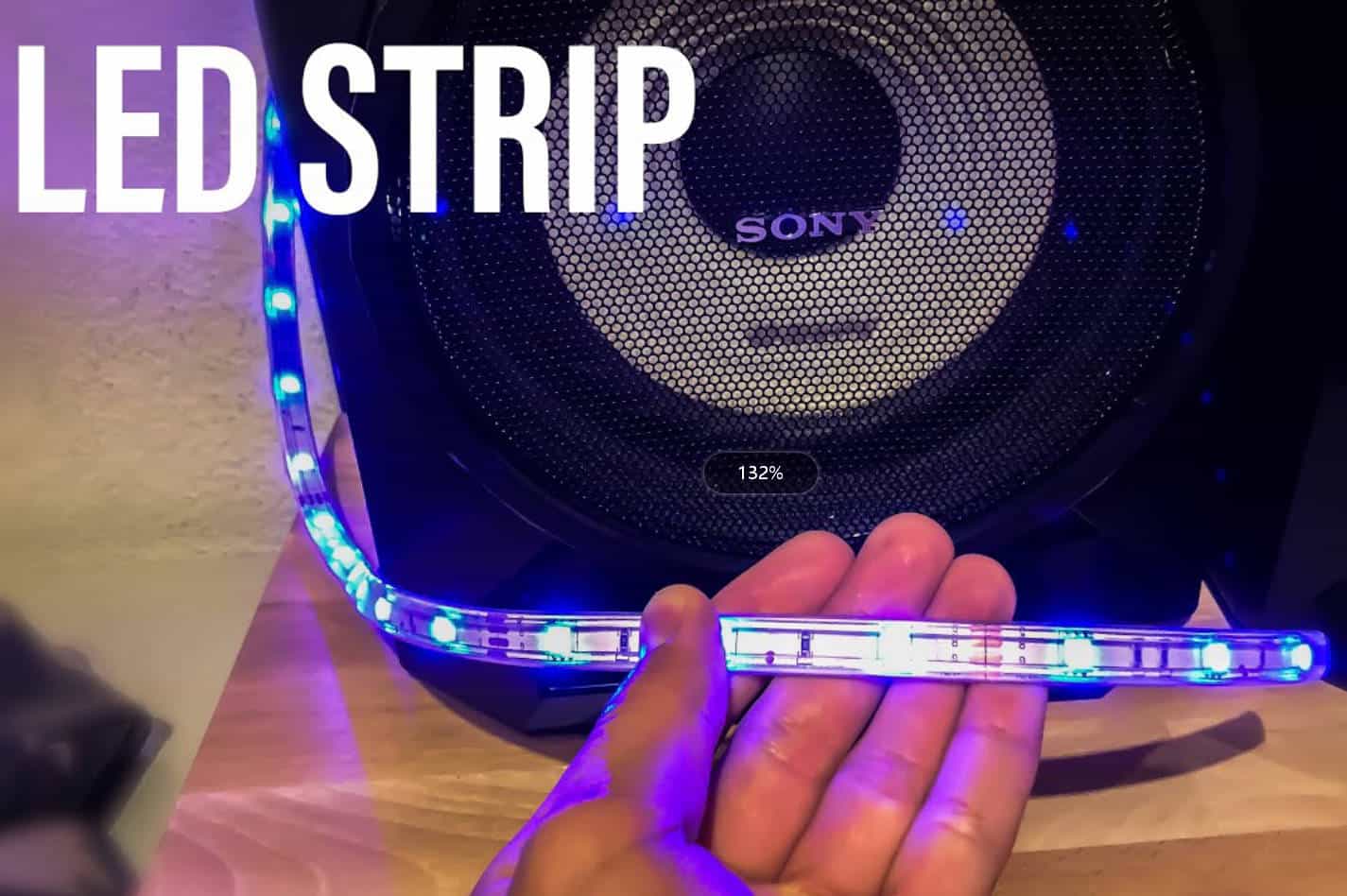 The second method we’ve shown you is one way to go. However, it is undoubtedly not the best way to achieve your goal.

First, it’s doable, but it is not the easiest way to sync your lights with the music. If you’re not familiar with fiddling with wires and such, this method could be challenging.

Second, you need to control how loud your music should be and what song you’re going to play.

While the latter respond to any sound, the former would mostly react to the bass. Remember, there is no built-in microphone with this one.

On the other hand, if you play the music too loudly, you could fry your LED lights. Additionally, it would be hard to know whether it’s because you’ve done something wrong in the process or it’s because of the quality of the LED lights.

Overall, you don’t have much control over the volume of your music with this method. Additionally, your song choice might be limited if you want the lights to respond to every song.

With that, this method might not do you good if you’re someone who likes slow songs that don’t have that much bass.

However, the upside of this method might be that it’s a fun project to try out if you have some spare LED lights and speakers lying around. It lets you tinker, and you might also save some bucks! 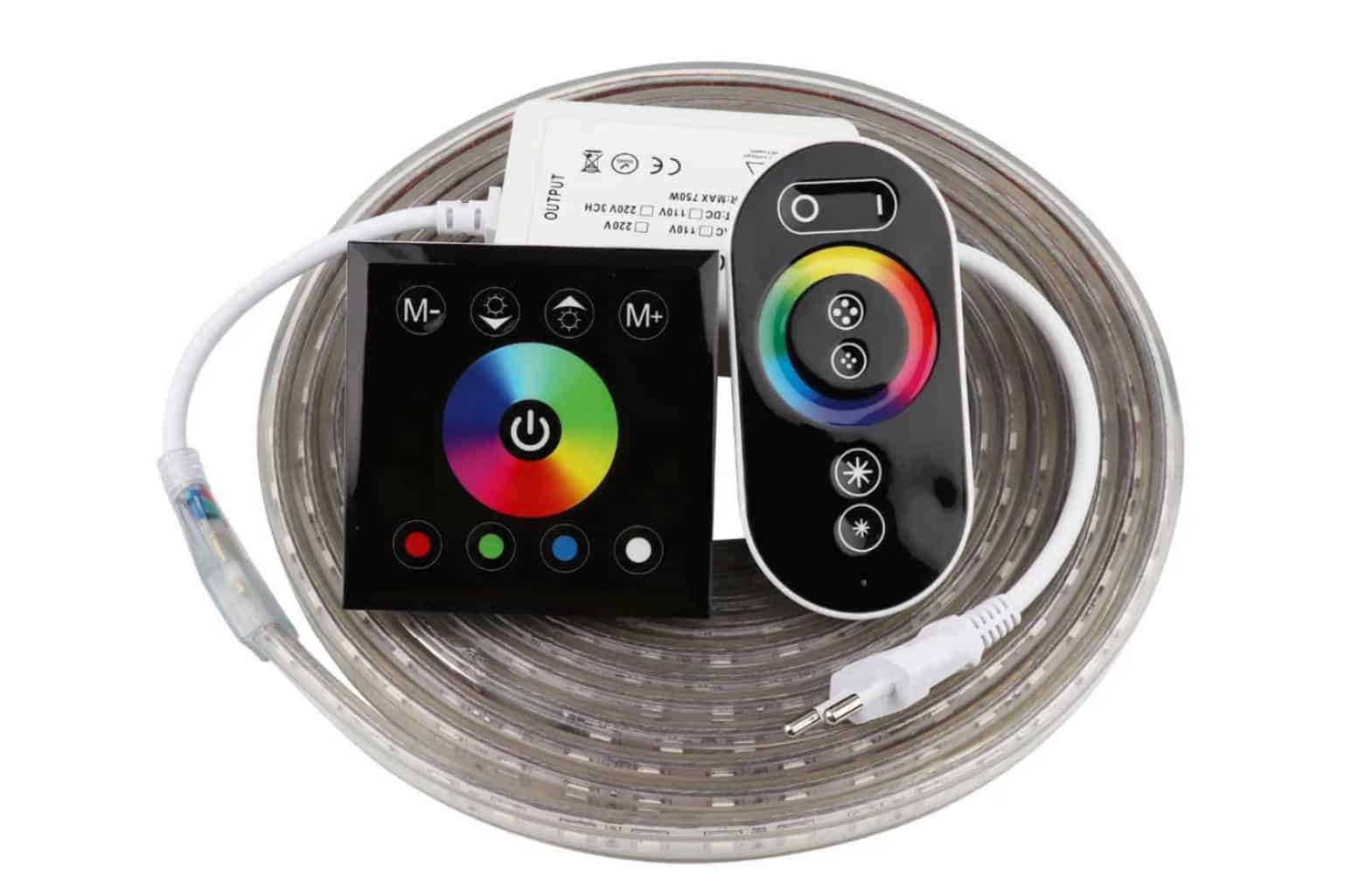 Our last suggestion is theoretically easy to do. If you don’t feel like buying a new LED strip light kit and you have some old LED light lying around, you might want to consider this method.

All you really have to do with this method is connect your old LED light to a controller that has a music sync feature. After all, as we’ve said earlier, the built-in microphone can usually be found on the controller.

However, this method is easier said than done. You can buy a separate LED strip light controller with a remote. However, most of them only have the main controls for LED strip lights.

Things to Keep in Mind with Changing the Controller Box

This method might be hard to execute, as it could be challenging to find a separate music sync controller box.

However, this method might be a good repair option. If your LED light happens to give out, you might want to try buying a new roll instead of a whole kit. This way, you already have a controller box with the features you need.

Other Things to Consider When Syncing LED Lights to Music 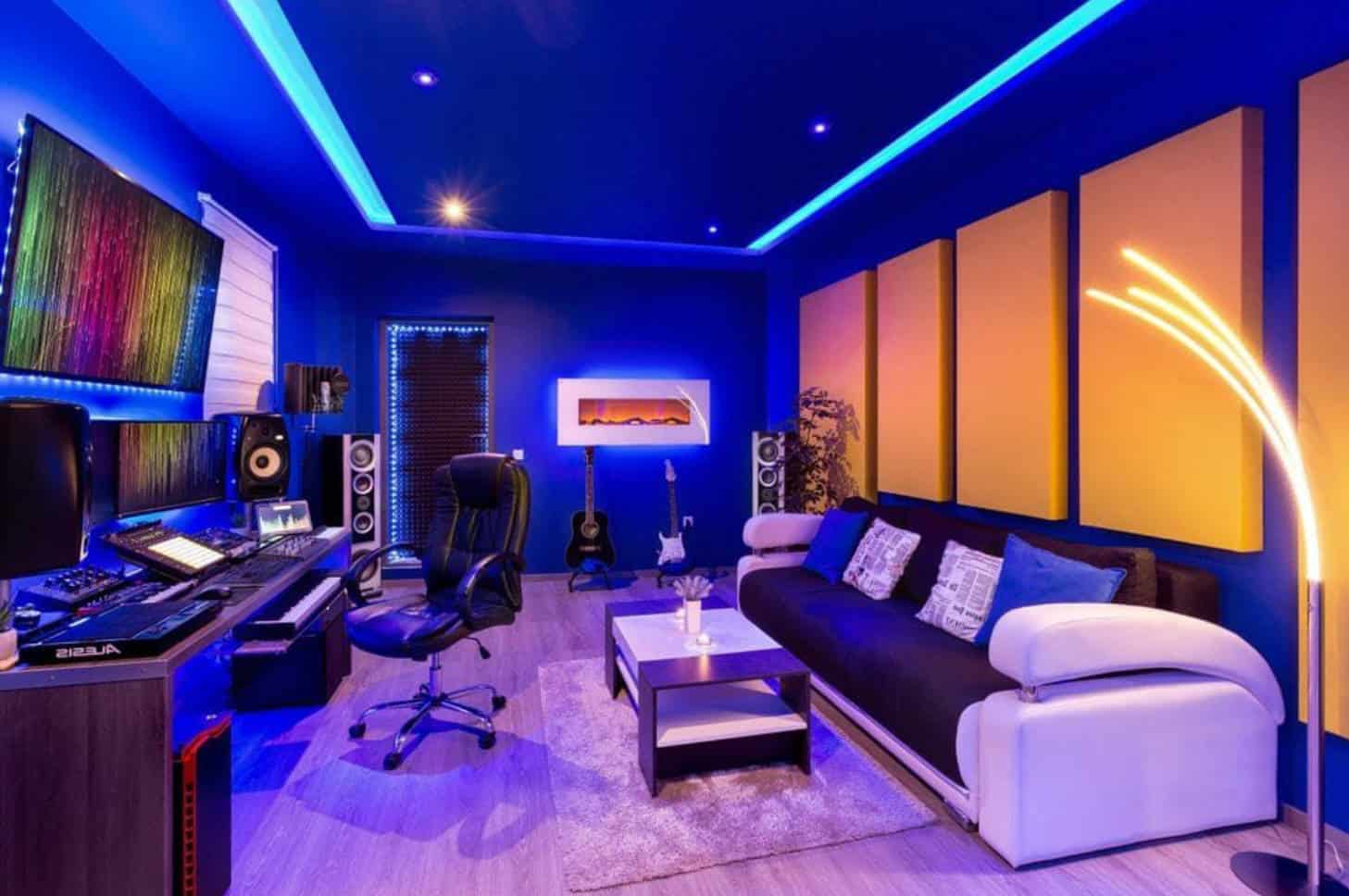 We’ve walked you through the steps on how to sync your LED lights to the music. Now, allow us to show you some things you might want to keep in mind with this project.

As we’ve said earlier, the controller box often has the built-in microphone, so you want to place this in a strategic place. You don’t want them too high or too low.

The built-in microphone is usually sound-sensitive. If there is no music playing, but your music sync LED lights are still in music mode, it might respond to other sounds like claps and stomps, the reason why you don’t want the controller box too low.

We’ll discuss why you don’t want them too high in the next portion.

If you’ve installed your music sync LED lights and find that it’s not bopping to the beat, it could be that there’s something wrong with the built-in microphone.

If your LED lights also suddenly stops reacting to the music, you might want to check the built-in microphone as well.

You might consider using some cover. However, if you do so, you might want to make sure to use one that music could penetrate.

How to sync LED lights to music? As you’ve seen, it’s easy! There are three easy methods to do so! Now, you can turn the music up and watch your LED lights bop to the beat!

Still in the dark with your other LED light concerns? Well, you might want to check out our past discussions. We might have the bright idea you need!