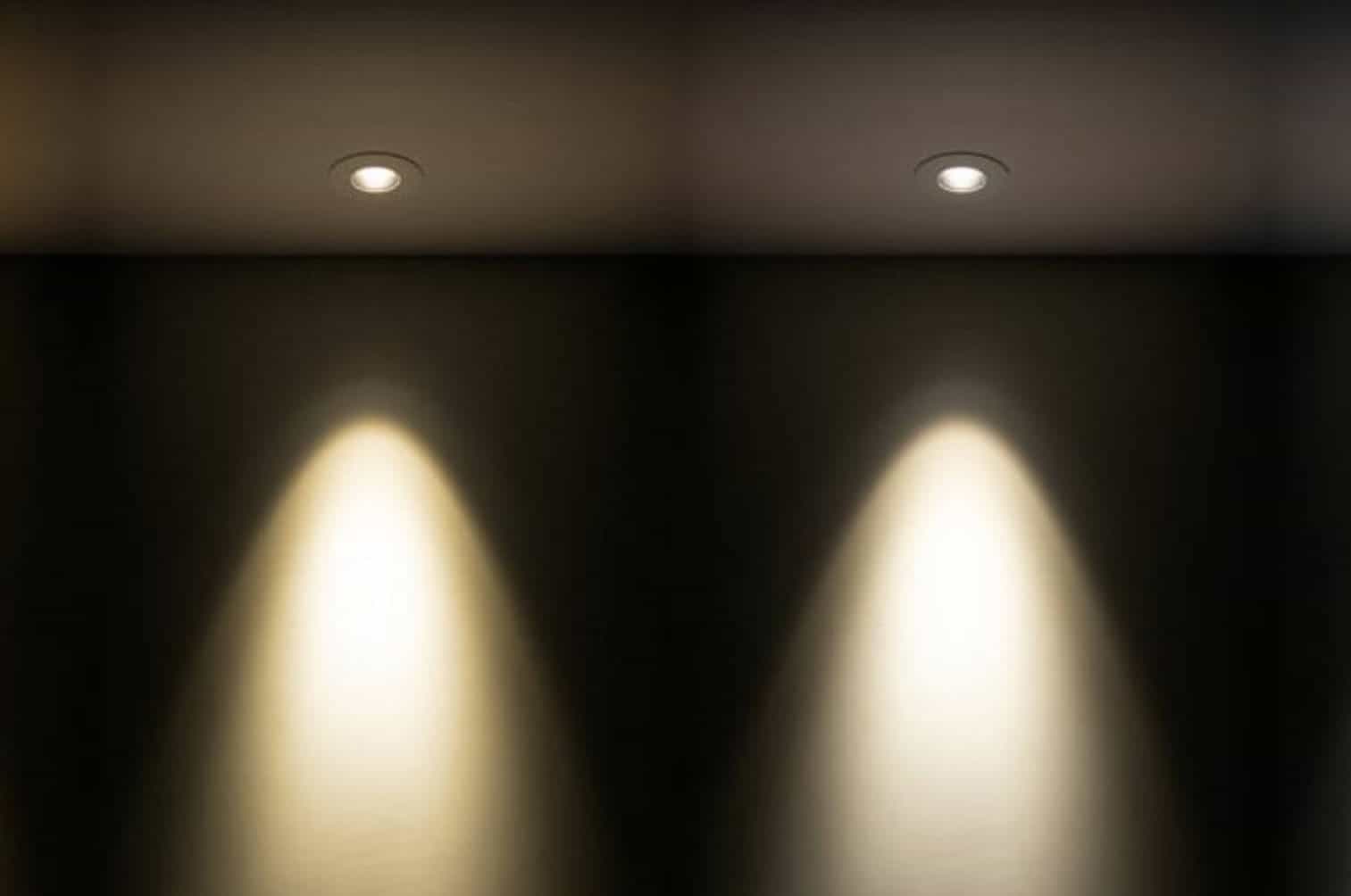 Whether you are looking for a new lighting system to brighten up your home or just someone deeply interested in LED lights, this article will help you. 3000k vs. 4000k LED light, which one should you pick?

How does the Correlated Color Temperature Work?

Correlated color temperature(CCT) refers to the correlation of the heat produced to the color of the light. Most heat sources and light sources correspond to temperatures and color.

Scientists use CCT to gather the approximated temperature of a light source such as stars and other stuff in space. Artists and photographers also use warm and cool tones with lighting to depict what type of mood they want to express.

CCT is commonly measured with the kelvin system hence the (k) symbol is placed on the last part of the label. Most LED lights have a range from 1000k to 10000k.

Kelvin pertains to the measurement of the white light’s temperature. The lower it goes, the warmer the tone, while higher kelvin means that the light will have a cooler tone. The Kelvin measurement is a tool used to distinguish color and temperatures.

For example, lights that fall in the 2000k category will have a yellow-orange tone compared to a light that is 5000k, which has a paler and whiter color. You will notice that lights nearer to 1000k will have a more orange color while lights closer to 10000k lean to blue.

By knowing where your light falls on the spectrum, you can ensure that you can have the right lights for your needs. 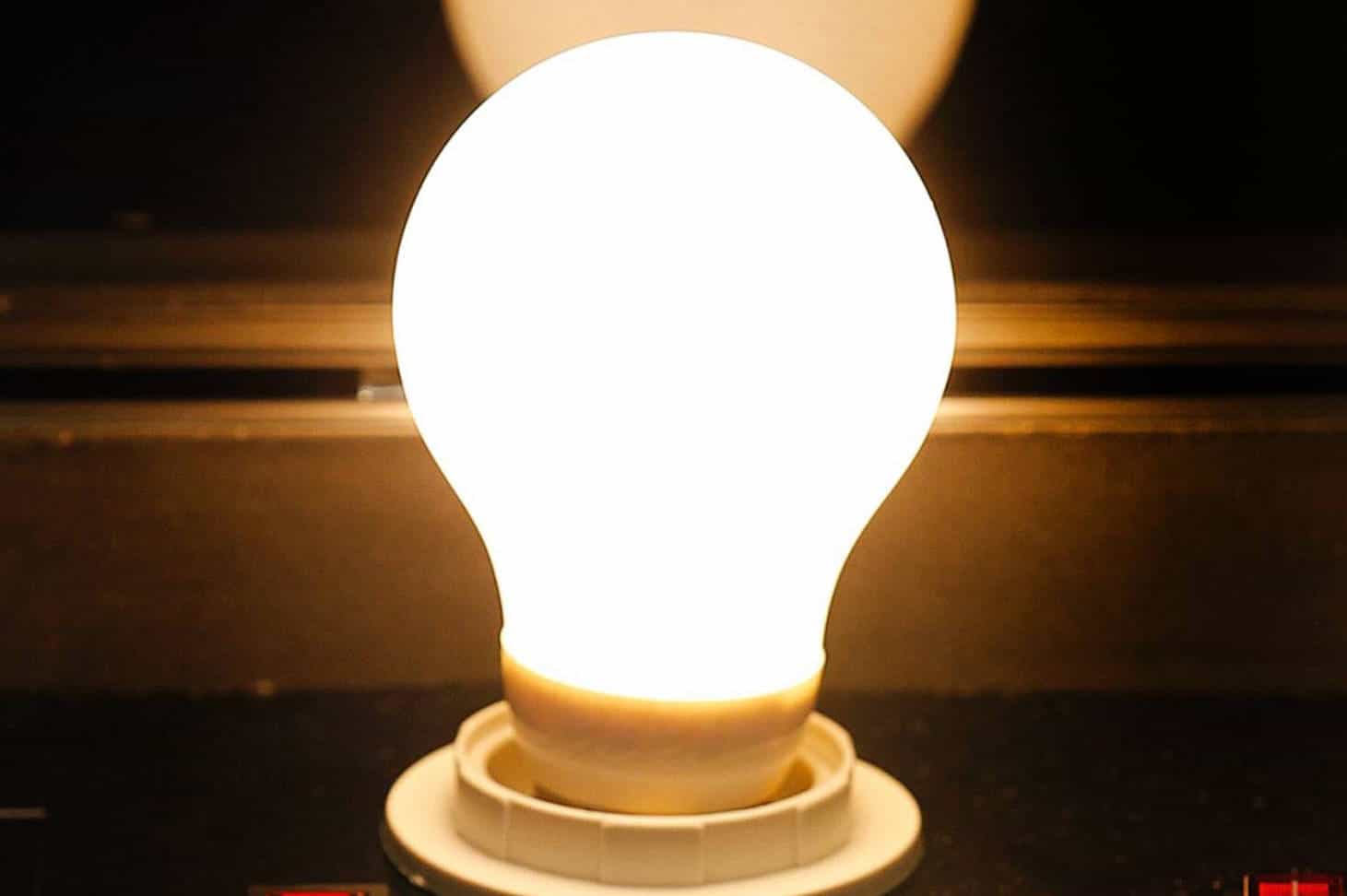 3000k LED light is the third range of kelvin lights. A white-creamy tone distinguishes it. Although 3000k lights are less warm than 2700k lights, they still belong in the warm-light zone.

The color of the light leans on a warmer tone. The hue is more yellow than lower Kelvin LED lights, which shows a light in the orange spectrum.

The warmer tone is primarily used to give a cozy and warm feeling. 3000k is an excellent accompaniment to earthy tones as it tends to make it pop out.

The warmer light also leaves less strain on your eyes than bluer lights. Cool light will tire your eyes as it tends to be brighter. 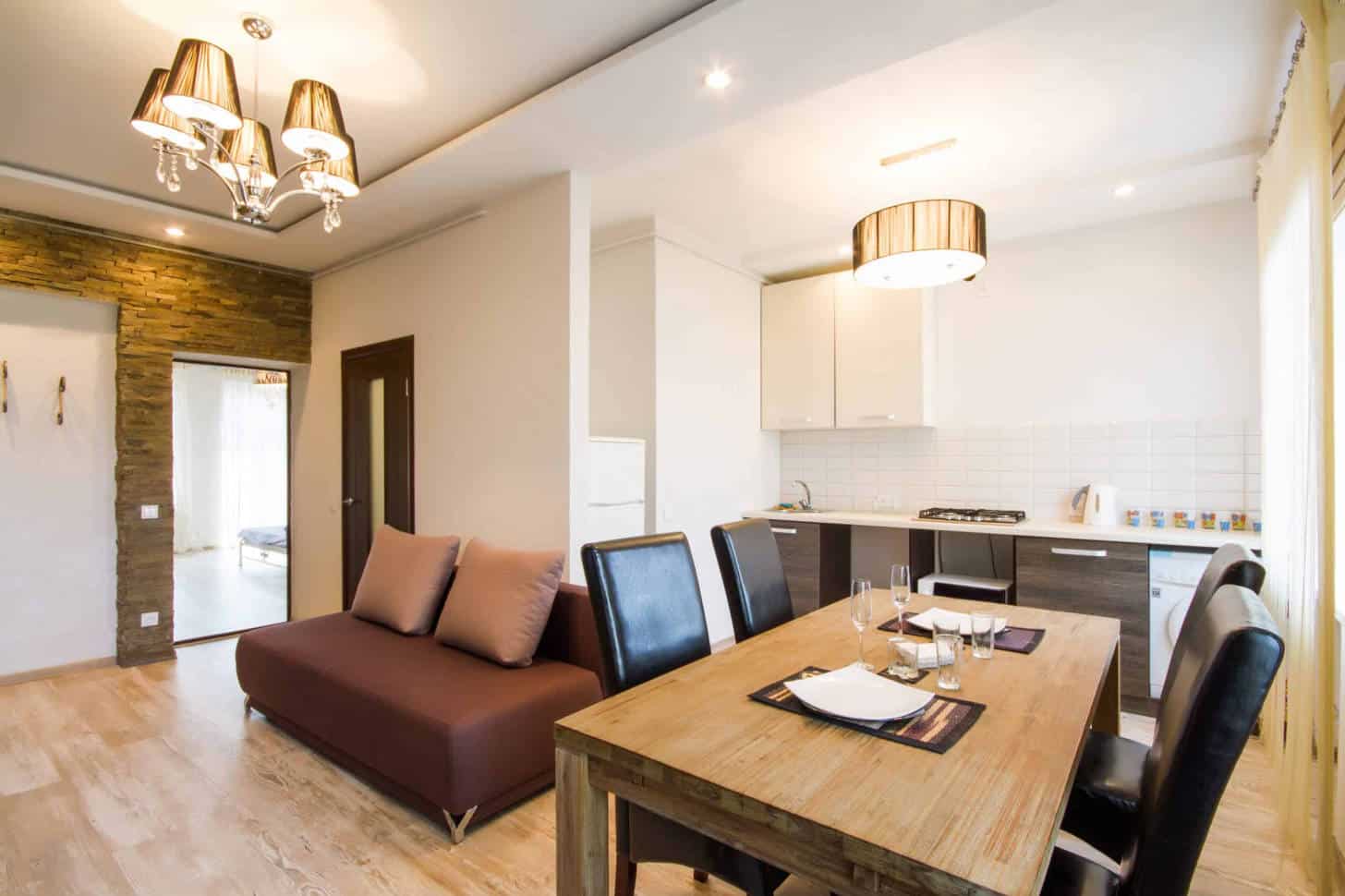 You can use 3000k LED lights for multiple things. The warm tone can provide many functions for different everyday uses.

With housing, using 3000k lights where you are more likely to relax is recommended. Warm and cozy lighting is essential to a couple of areas in your house, such as the bedroom and living room.

The warm light will provide a relaxing space that will help you rest. Warm lighting also provides lesser strain to the eyes. Relaxing ambiance is essential if you want to install lights in bedrooms and rooms used as resting areas.

Blue light tends to decrease melatonin production, which leads to difficulty in sleeping. 3000k lights have the opposite effect. It increases the production of melatonin which results in easier and faster sleep.

3000k is a great lighting system for wooden or earthy furniture regarding decoration uses. If the place you are putting the light on has a neutral or significantly brown color palette, opting for a warmer light can make the area more cohesive.

3000k lights are often used in residential houses as they provide a homey and warm feel to the area. With that said, you can see them being used in commercialized establishments such as restaurants.

3000k lights are also an excellent substitute for incandescent light. Both of the lights almost have the same light temperature (incandescent bulbs is around 2700k) 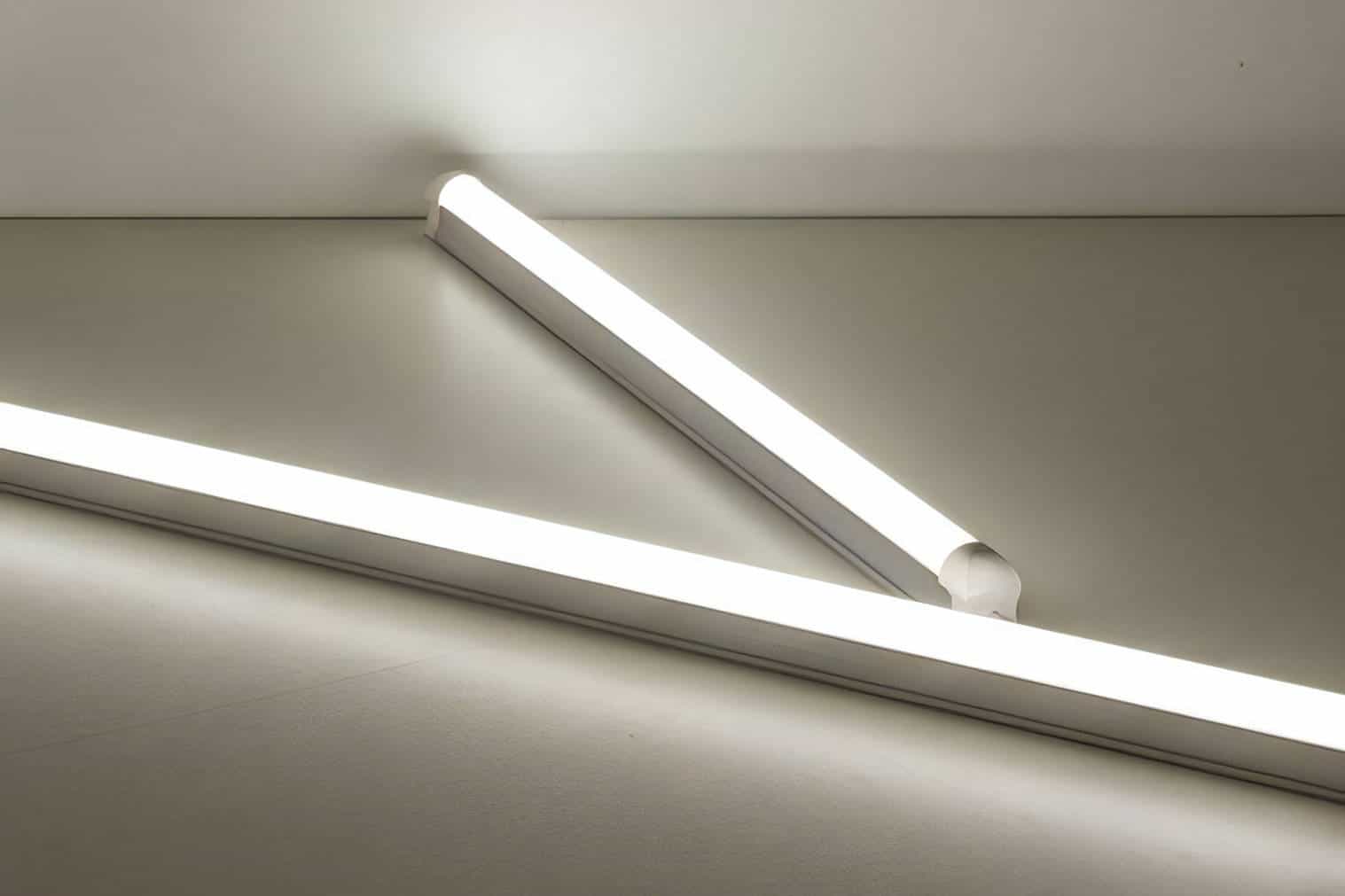 4000k LED lights are light on the fourth range of the kelvin lights. A white-blue tone distinguishes it. The 4000k LED light is referred to as a neutral light. Although it’s nearer to 1000k than 10000k, it’s considered to be in the cool light spectrum.

4000k is the turning point for cooler lights. Any color higher than 4000k is considered to be a cool light.

Studies show that having a cooler light can affect your awakeness and make you more alert. This is great if you install a light in a place where you need to retain information, such as studying.

Even though 4000k lights are on the cooler light spectrum, they can still provide comfort and coziness but are not as strong as 3000k lights and lower. 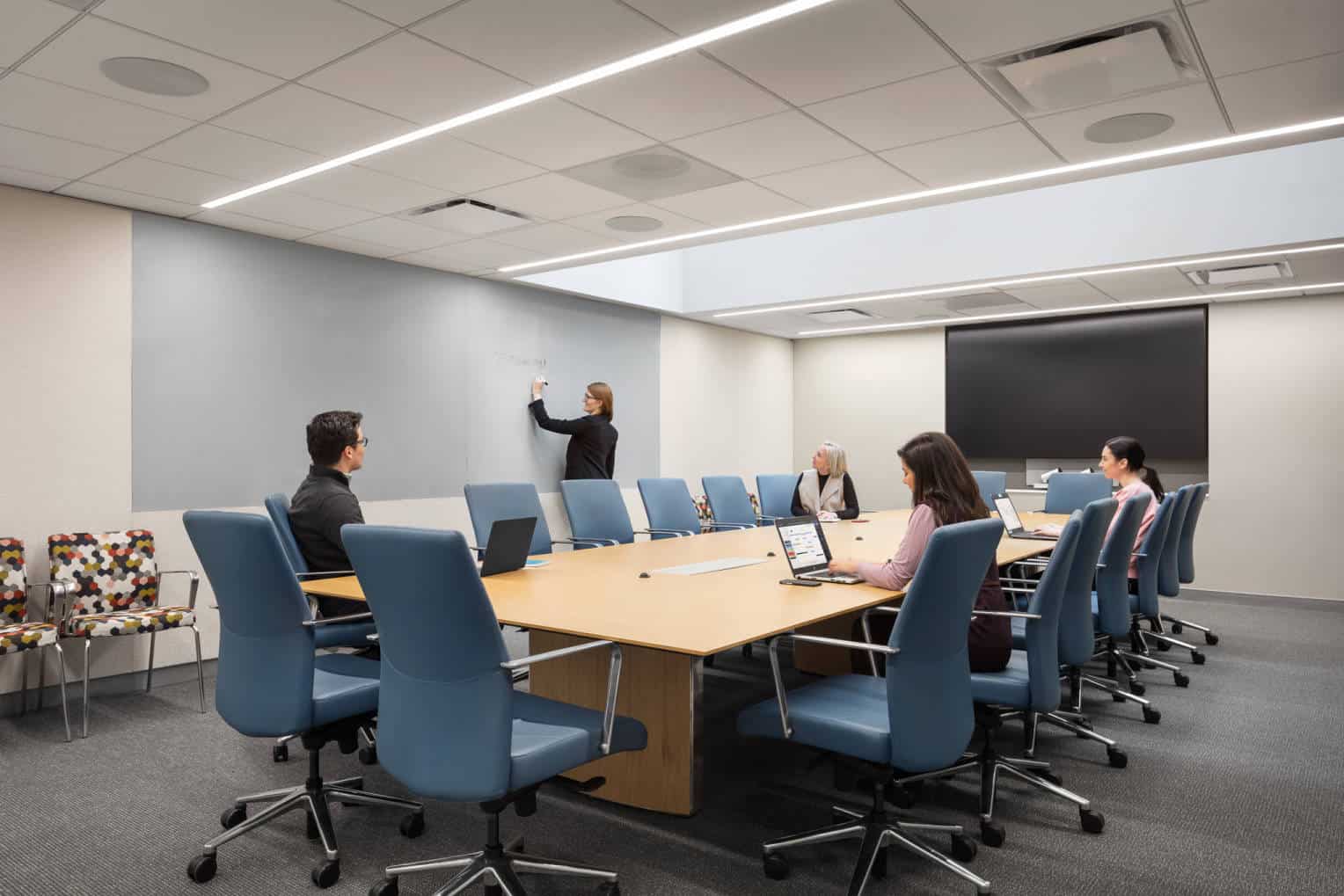 4000k is a versatile light due to its neutrality with warmness and coolness. You can use the neutral brightness provided by the 4000k in a lot of ways, such as:

4000k LED lights can do an incredible job lighting up a working space in offices and classrooms. It can provide a cool light that can trigger alertness

but not to an overbearing degree.

The kitchen is one of the primary rooms where 4000k lights are used. It provides a more comfortable light but can make the surroundings brighter and clear, two essential things to have in a kitchen.

You can also use 4000k lights for grocery and shopping malls establishments. They provide a bright light that isn’t straining to the eye.

You can also use 4000k lights with rooms with a primarily white and light color palette. It can show the proper color with its neutral brightness. The furniture or paint will also appear brighter and cleaner compared to other lights.

Now that we have the overview of the 3000k and 4000k LED lights and their general function let’s compare the two and find more about their pros and cons.

The 3000k lights come with a lot of pros. One of them is that it’s gentle to the eyes. The warm light mimics ordinary daylight, resulting in less eye strain.

The hue is very comfy and relaxing and increases the melatonin level. They are great for bedrooms and living rooms, spaces in the house where most people unwind and rest.

Since 3000k lights have a lower heat production, it’s more cost and energy-effective. You can lessen the electric bill if you opt for 3000k lights.

3000k LED lights do not mesh well with lighter color palettes. With that said, it’s a harsh light to use when it comes to kitchens and offices.

The warm light tends to make the room duller. The dimness can be a problem if you place it in a place where you need to see clearly. Bright cool lights are great for making the space look more radiant and crisp with details. Something 3000k lights has difficulty in providing.

Due to the neutrality of 4000k lights, they tend to be versatile to use. Whether residential or commercial spaces, the 4000k LED lights can light up the area. You can use 4000k lights in kitchens, groceries, schools, gyms, and many more.

The versatility of 4000k lights also applies to color palettes. Due to the lights falling in the neutral color spectrum, you can use them in many rooms and establishments.

Although the blue light from the 4000k lights can be used as an advantage, it can also be detrimental. Studies show that blue lights can cause light strain for more than two hours.

Answering if 3000k and 4000k LED lights is purely up to your preference and what you will use them for. Both lights have pros and cons, which you should significantly consider when choosing.

If you want a warm light for comfy bedrooms and living rooms, opt for a 3000k. Meanwhile, if you want a neutral light for workspaces and establishments, you might want to go for 4000k LED lights.

If you want a proper lighting setup for your living space, using a sample light can be a great way to see which is the best for you in real-time.

In the end, you are the one that’s going to choose which is the best for you. You can consider the recommendations and research packed in this article to guide your decision.

Whether you choose a 3000k or 4000k LED light, we hope this article has helped you tremendously. You can search and discover more here on our website for more content relating to LED lights.